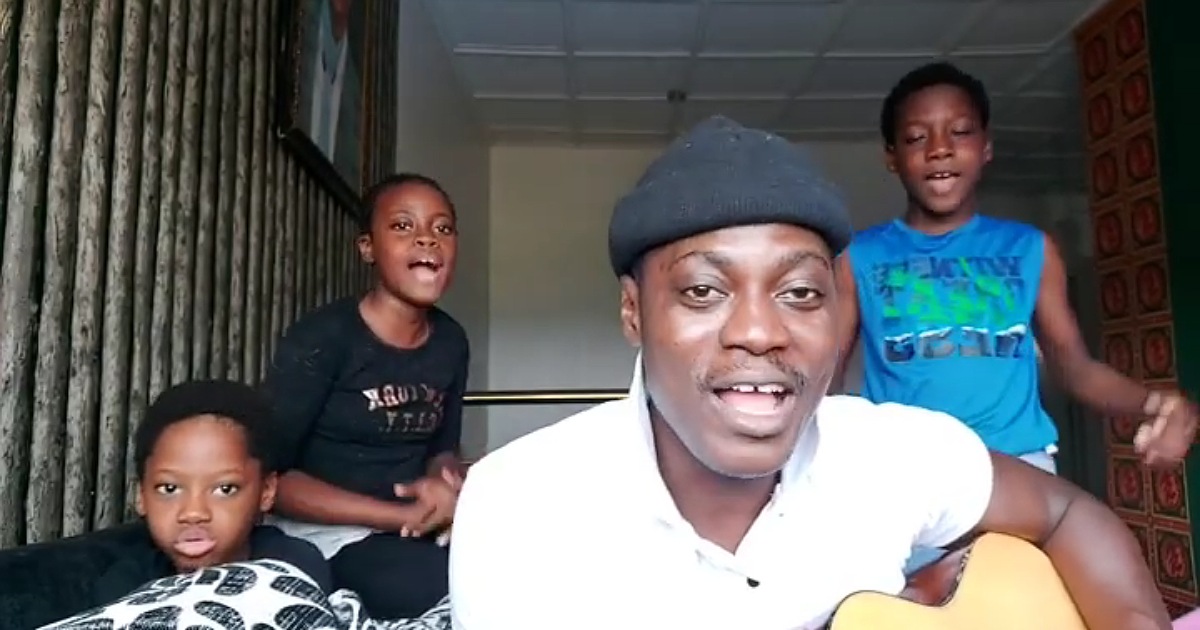 A video making the rounds on social media shows the inspiring moment late Sound Sultan sang with his kids on father’s day.

During the celebration of Father’s Day a few weeks ago, the veteran singer, celebrated with his children, as they were spotted in a viral video singing and having fun together.

The musician, who played a guitar sang while his children acted as his back up.

He posted the song with the caption:

“Happy Fathers day to Me . Nothing makes me happier in Life than loving ur mummy and u guys eternally. #bidemifasasi. #zarafasasi. #mayowafasasi. @faridafasasi.”

Sound Sultan unfortunately lost his life following a long battle with cancer of the throat. Reports gathered that he died at 44.

How singer, Sound Sultan predicted his own death