‘Taboo’ – Actress, Queen Wokoma under fire as video of her wearing a masquerade regalia goes viral 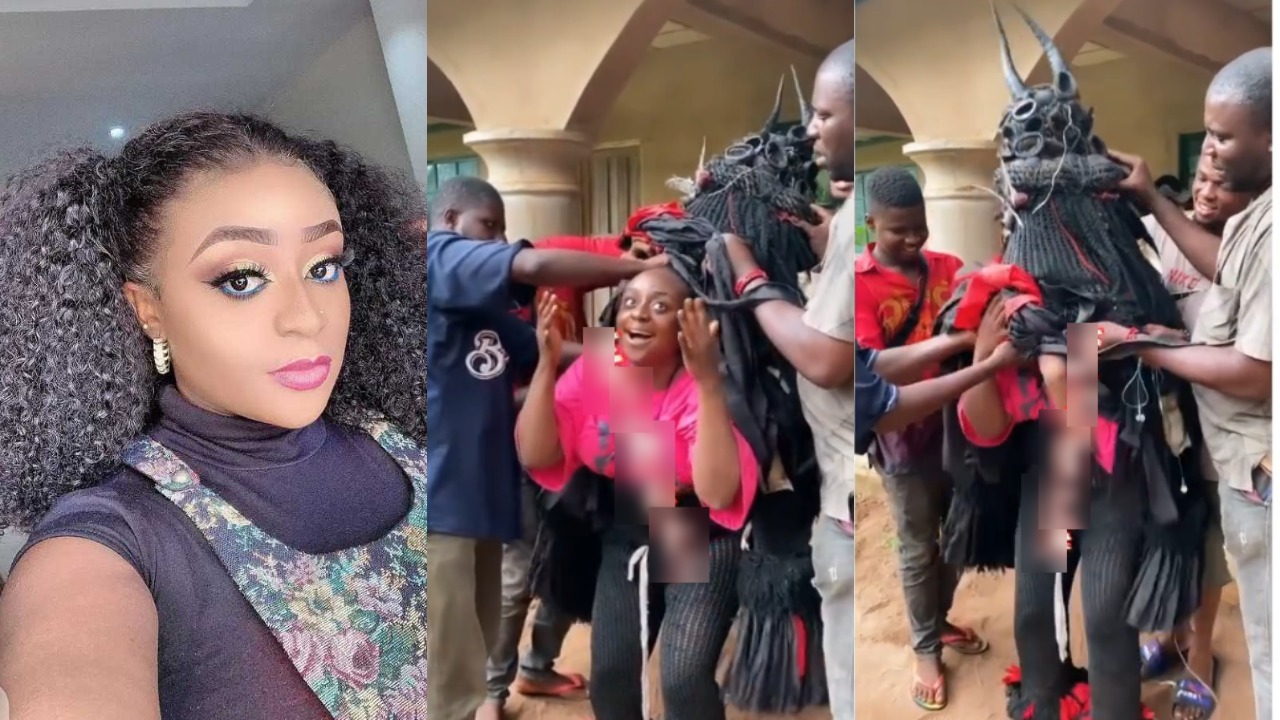 Social media users have frowned and expressed their displeasure over a video of actress, Queen Wokoma wearing masquerade regalia.

In the video, the actress was seen playing around by wearing the regalia and dancing in the Bush fully masked as a masquerade.

This video of Wokoma did not go down well with many people who believe it is Taboo and might have its consequences.

According to the Igbos, this is against their culture and tradition and Queen Wokoma did the wrong thing.

See some of the comments generated on social media below;

@inside_life_ng wrote “As a Christian, don’t joke with things like this even as an actor. Even if they give you this part, reject it cus that kit is fortified”

@pretty_petite_thing_ wrote “This is all shades of wrong. Very very wrong. Let’s try to respect culture please. This may backfire and you may not know”

@lifeofotewizzy wrote “Why this people Dey use tradition Dey play”

@gbadamosiadebimpe wrote “Me I no Dey joke with spiritual thin”