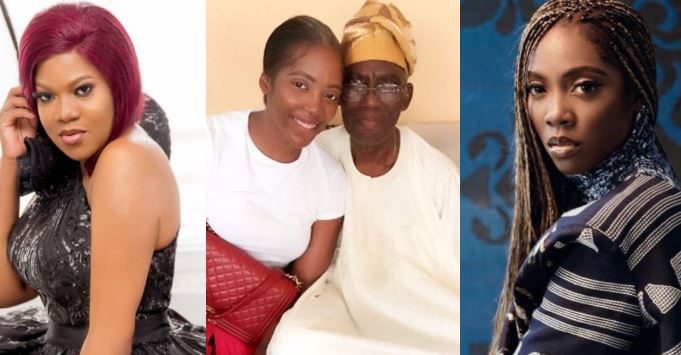 Nollywood actress, Toyin Abraham is on the receiving end of social media trolls after she sent an “inappropriate” message to singer, Tiwa Savage over the loss of her father.

Recall Tiwa took to social media to announce the death of her father whom she described as a strong man who fought till the end. Joining thousands of celebrities and fans to share their condolences, Toyin Abraham commented on Tiwa’s post, saying Awwwwwn, my love with lovestruck emojis in a deleted post.

Fans who were in the comments section immediately started bashing the mother of one for being insensitive while others asked if she read the past before commenting. The responses may have prompted her to delete the comment before it gets any messier.

Toyin Abraham is a Nollywood sweetheart but this shows that the Nigerian thing of ‘Anyone can collect‘ is no respecter of celebrity status or what have you.

If I Don’t Look This Good At 50, I Will Tear My Shirt – Adesua Etomi Tells Kate Henshaw