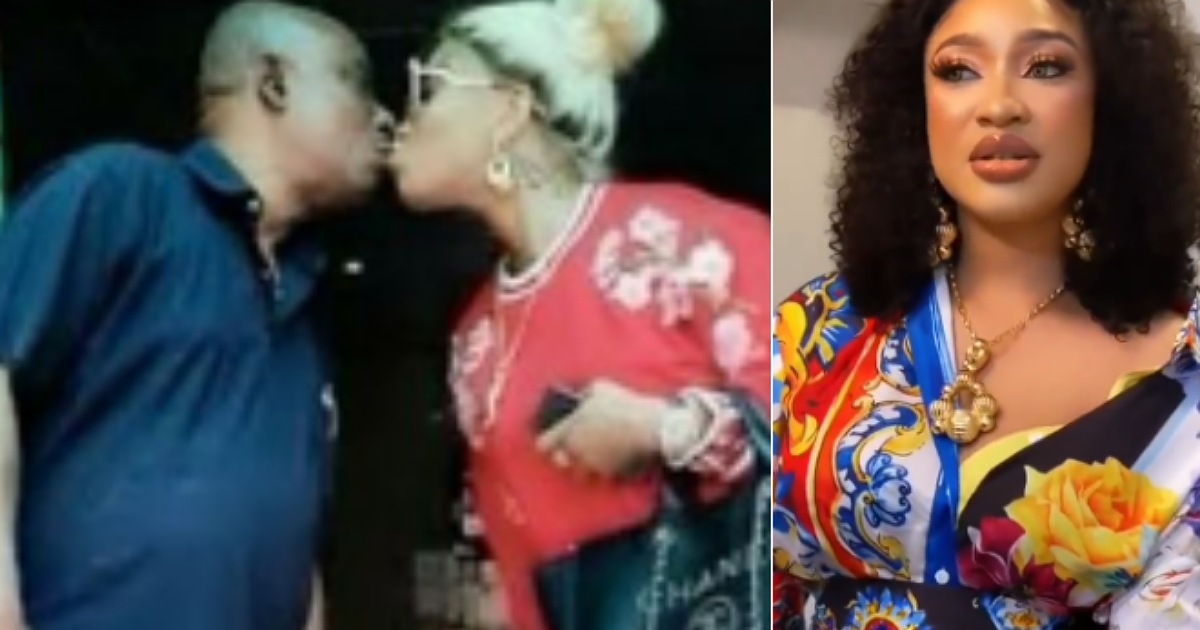 Nigerian actress, Tonto Dikeh has schooled a lady who dragged her for kissing her father on the lips in a viral photo.

Tonto shared a photo of herself kissing her father on the lips, and a lady identified as Browniee kicked against the photo.

Browniee said it is out of place for a woman to kiss her African father on the lips, and it is more shocking that her father could allow such action.

“Kissing African papa on the mouth? This is all shades of weird abeg. I’m even surprised he allowed it”, the lady said.

Tonto Dikeh in her response, told the lady that her dad grew up in Ohio, not in Nigeria. She also revealed that he married a black American so he’s not the regular “African pops”.

“My dad grew up in Ohio. Married a black American. Came home to rest. Not your regular African pops I must say”, Tonto said.