(Video) Actress, Patience Ozokwor breaks down in tears as she mourns Racheal Oniga 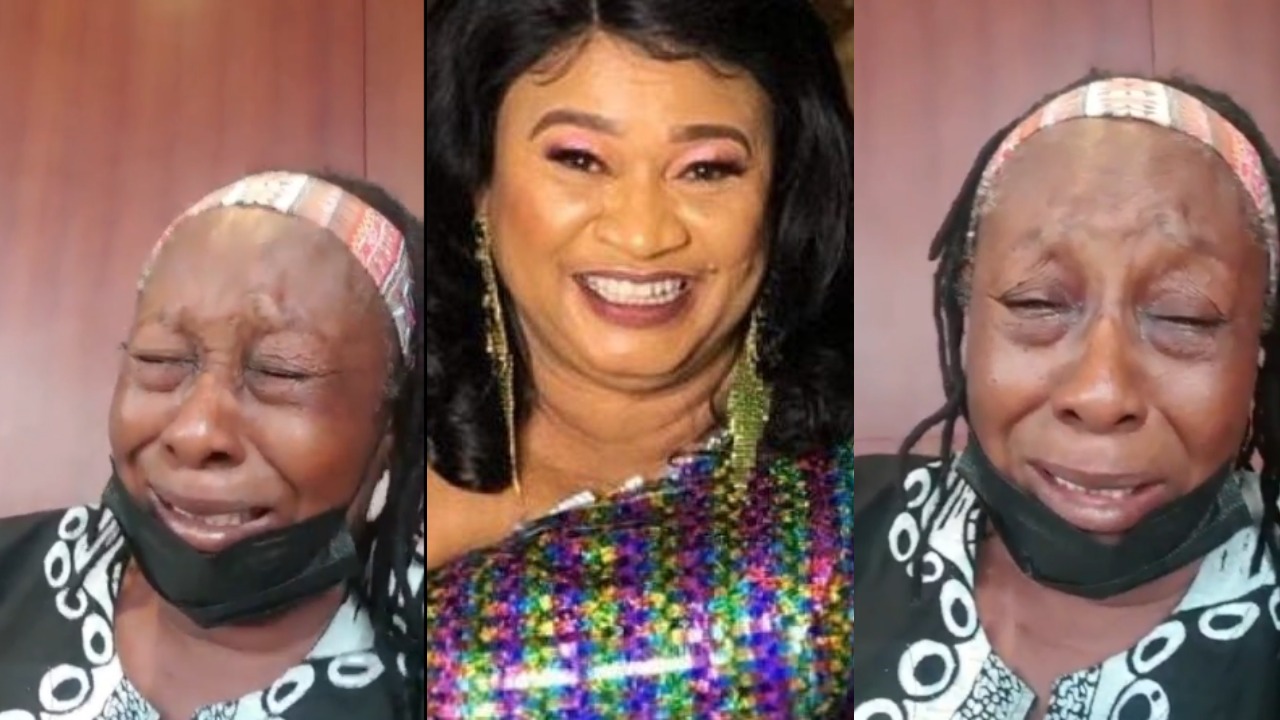 Video of veteran actress, Patience Ozokwor breaking down in hot tears following the sudden death of her friend and colleague, Racheal Oniga has surfaced on social media.

Recall that during the early hours of today, Nigerians woke up to the sad news of Racheal Oniga’s death.

According to reports, the actress allegedly died from COVID 19 complications at age 64 on Friday, 30th of July, 2021.

“Even if I sneeze different, Adesua will sense it and ask…

Taking to her Instagram page to react, Patience said she is broken because she had no idea Racheal was sick.

Mama Gee as she is fondly called disclosed that she and Racheal Oniga had lots of plans together and she was her dear friend.

“My heart is broken … We planned so many things we were going to do together. Her last words to me ‘Don’t forget me oooh’ and I said ‘NEVER’ #RachelOniga #MyDearFriend #NeverForgotten”

Family members of Racheal Oniga reveal the cause of her death, says its not COVID 19