“You are not a good mother. I regret I ever respected you“- Princess slams Nollywood veteran, Iya Rainbow (video) 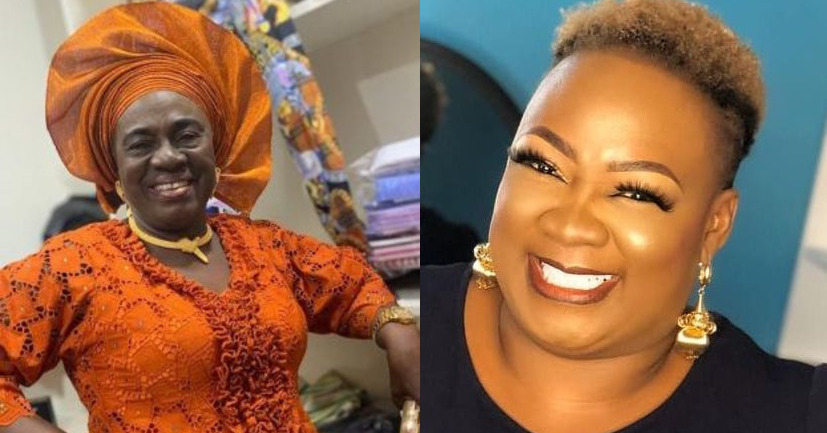 During a recent chat with BBC Yoruba, Iya Rainbow revealed that she did everything humanly possible to get Princess not to escalate the issue but she did not succumb.

Princess in her reaction described Iya Rainbow as an irresponsible mother, a visibly angry Princess said she is ashamed of the veteran actress for her comment.

”Mama Rainbow, I am ashamed of you. You are not a good mother. I regret I ever respected you. I regret that I ever saw you as a mother and grandmother.

You said you called for four days and that I did not answer you and that now they have released him.

For your information, you called me just once, telling me that I should go and release him. You were instructing me and I never disrespected you. I even took my time to explain to you. You told me that Baba Ijesha called you to help him beg me that he has offended me. I then asked you if he told you what he did and you said no he didn’t.

I then explained to you that this is what he did and you were shaking on the phone in shock. You pleaded with me to send my house address to you. On the third day, you called me saying what I disclosed to you really hurt you and that you could tell I wasn’t okay, that I was crying and I wasn’t myself. You now asked for my house address so you would come and see me. I sent you the address, you never came. You didn’t come because it didn’t affect you. You felt like I wasn’t your child. You gave birth to your own children, Mama Rainbow! When your child had issues with his Instagram page, I saw how you came out to plead. That was your child. You know how to take care of your own child but because I am another person’s child, you called me and was telling to go and release a person who was in police custody for a crime.

I was crying that day. I wasn’t happy. I explained everything to you. You were now pretending like you were a good mother. Have you come to see me since then? Have you called me since them to even check up on me? You are now saying while in court I was looking for a way to sneak out? You are an elder. What your eyes did not see you are not supposed to say it.

You can just imagine. Mama Rainbow that I held in high esteem. If I was your child or the victim was your child, would you have done that?

I did not expect this from you at all. You came and you were so insensitive to say you called me and were pleading for the case not to be escalated.

How can you say such a thing. Don’t ever! Anything that concerns me please just stay away from it because I used to respect you up until this evening. It is a shame.

If I was your child, would you come to me and say I should go and release somebody that is in police custody for a crime they are investigating? and then you go online to start saying I wanted to sneak out(of the court). Were you there? Were you with me when I was in court?

Who are you Mama Rainbow? You are supposed to be a role model, a grandmother, a strong christian? I am ashamed of you that you can come for me in that way at your age. Are you praying for this to happen to your children or your children’s children? If this happened to you, would you handle it this way? Must you talk Mama Rainbow.

How can you? You are an elderly woman. You should know better.You collected my home address. For what? To be sharing it among people. To be gossiping behind my back. I never said a word. Then you went online to go and say it again. Do you think I am afraid of you? Mama Rainbow! You are not worthy of the respect I gave to you. I Princess Oluwadamilola will stand for my child till the end. I will stand for all the other victims. I will stand for any body that has been molested or defiled. You Mama Rainbow, what do you stand for? “

Watch the video below ;

Lady narrates how her ex husband married her just to win a bet, dumped her 4 months later