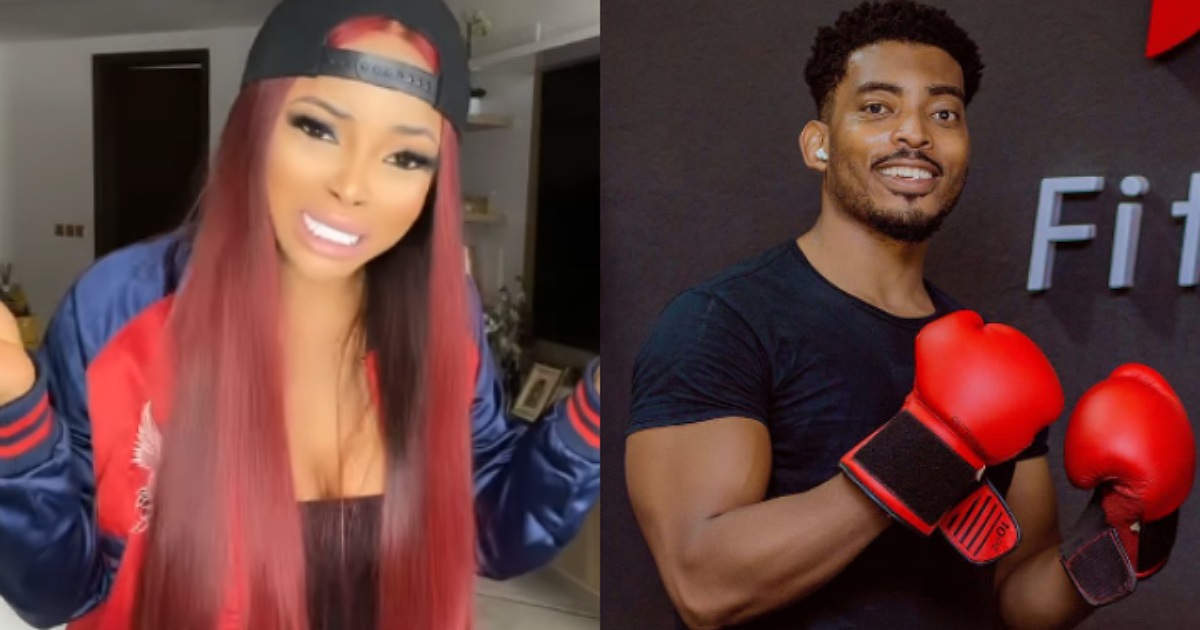 Nollywood actress and media personality, Toke Makinwa has warned Ghanaian actor, James Gardiner to marry her after he allegedly saw her [email protected] on set.

According to Toke Makinwa, the actor walked in on her without clothes on set, and he didn’t care to take off his eyes but he wanted to see more.

Toke Makinwa further advised the actor to get prepared to tie the knot with her because she will not allow the issue slide just like that.

The actor, in his response claimed that he was wearing glasses when he came in, and the glasses hindered him from seeing her body. He however laughed when Toke Makinwa insisted that he gets married to her.