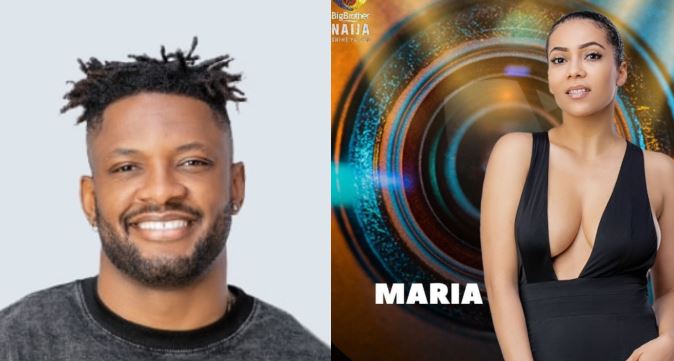 Big Brother Naija season 6 housemates, Maria and Cross were matched to kiss during a truth or dare session.

The housemates have started to spice things up in the house after host. Ebuka Uchendu-Obi advised them to keep the fire in the house blazing after series of feedback on Twitter on Saturday evening.

After the identities of the wild card were revealed yesterday evening, housemates were seen discussing the incident and the identities who were wildcards at the garden. It appears most were still in the mode of shock hours after Maria and Pere were fished out as wildcards.

After the discussions, the housemates decided to play a Truth or dare game where housemate Maria was asked to kiss any of the fellow housemates of her choice for 10 seconds. Although Maria was shy, she ended up choosing Cross for the truth or dare kiss game.

BBNaija: I Brought 3 Vibrators With Me To The House- Saskay Confesses