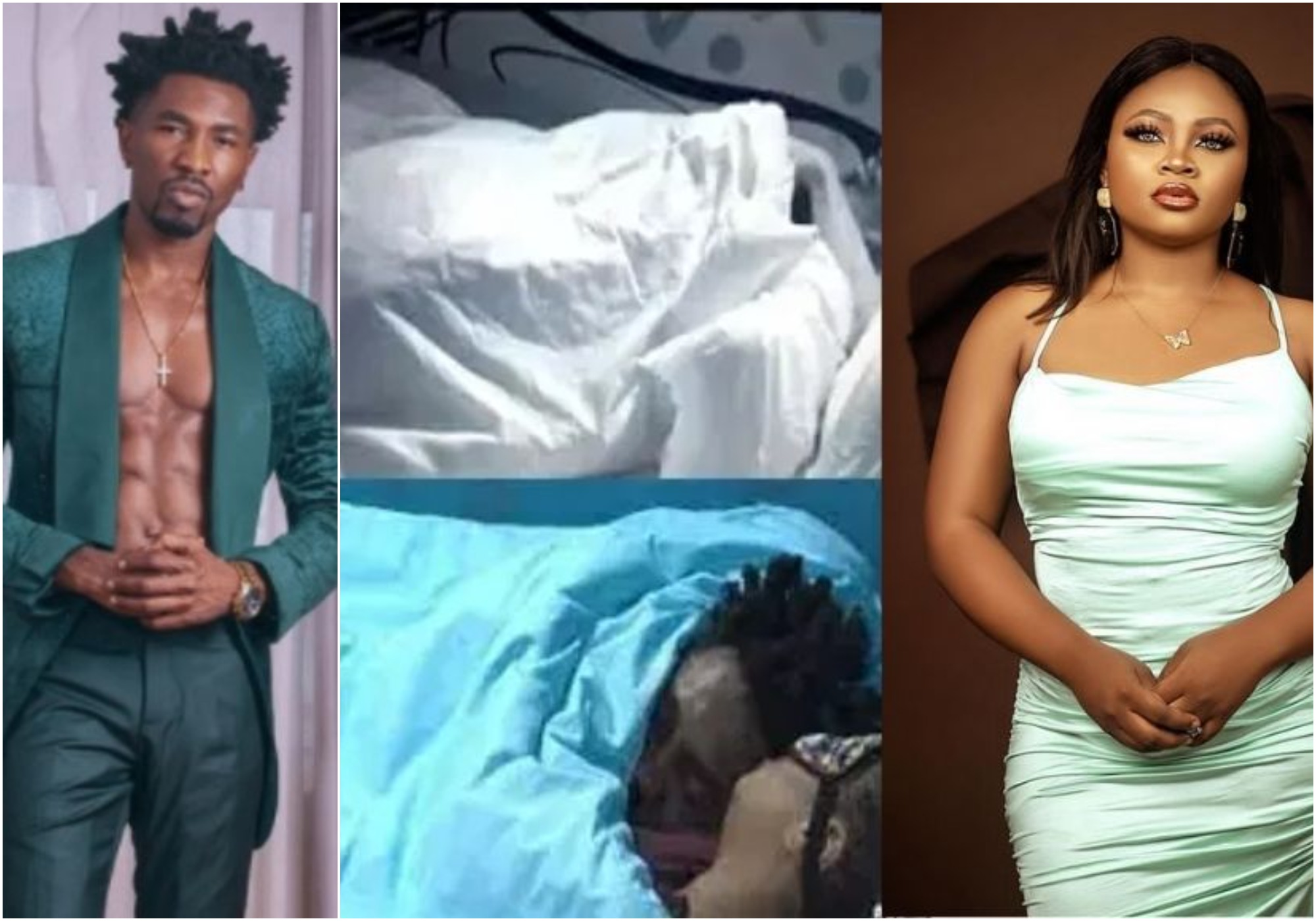 Social media users have reacted to a photo of BBNaija 2021 married woman, Tega cuddling with her fellow housemate, Boma under the duvet.

In the photo, the mother of one was in Boma’s arms under the duvet in their beg.

Lady calls out COZA pastor, Biodun Fatoyinbo over death of…

This photo has generated has gotten the attention of many on social media and also generated lots of comments.

@just.imma wrote “Very shameful.. The husband is pained but won’t speak out”

@awesomestorezt wrote “It is what her husband signed up for…”

Davido reveals what he wants in a woman

BBNaija 2021: Nigerians react as Big Brother puts all housemates except Jackie B and Jaypaul up for possible eviction