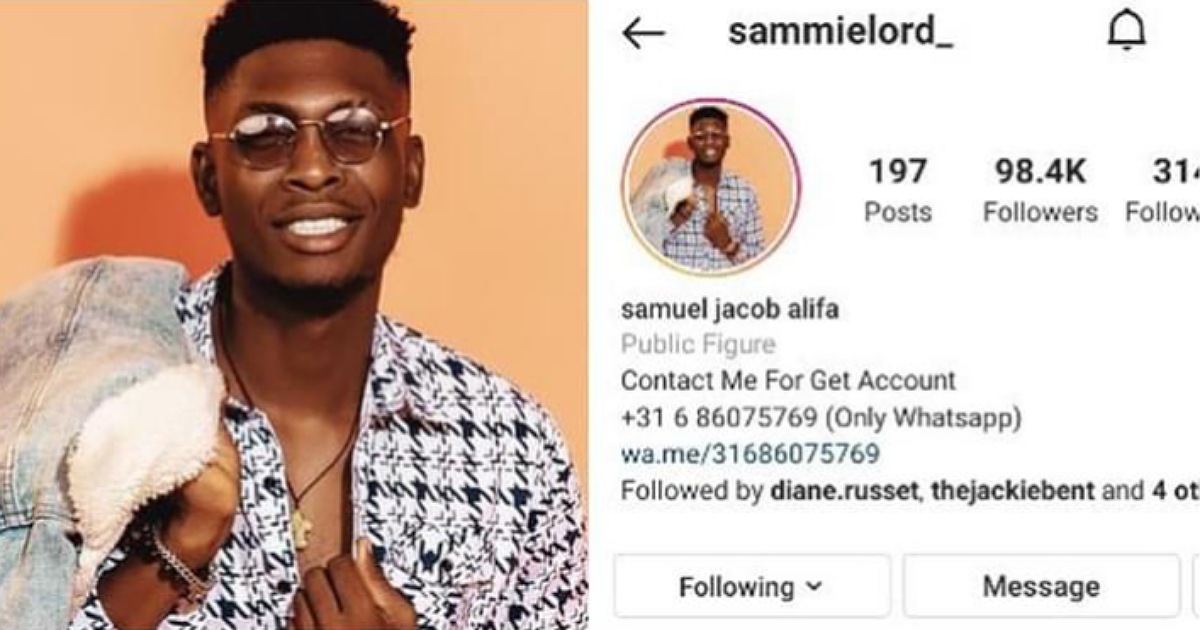 The housemate who has been nominated for a possible eviction is now on the verge of getting evicted after his Instagram’s account was hacked by scammers who are demanding the sum of N360k.

The handler of his IG account was asked to pay $700 (360k) before the account can be released. Although Sammie’s team made the sum of money, the hacker claims that someone else has paid $1000 to him and instructed him not to give back the account to Sammie’s team.

This has sparked outrage on social media from concerned fans who feel that the housemate may likely be evicted because his IG account is a major source of getting votes.

#BBNaija: Angel reveals the worst kisser among the male housemates