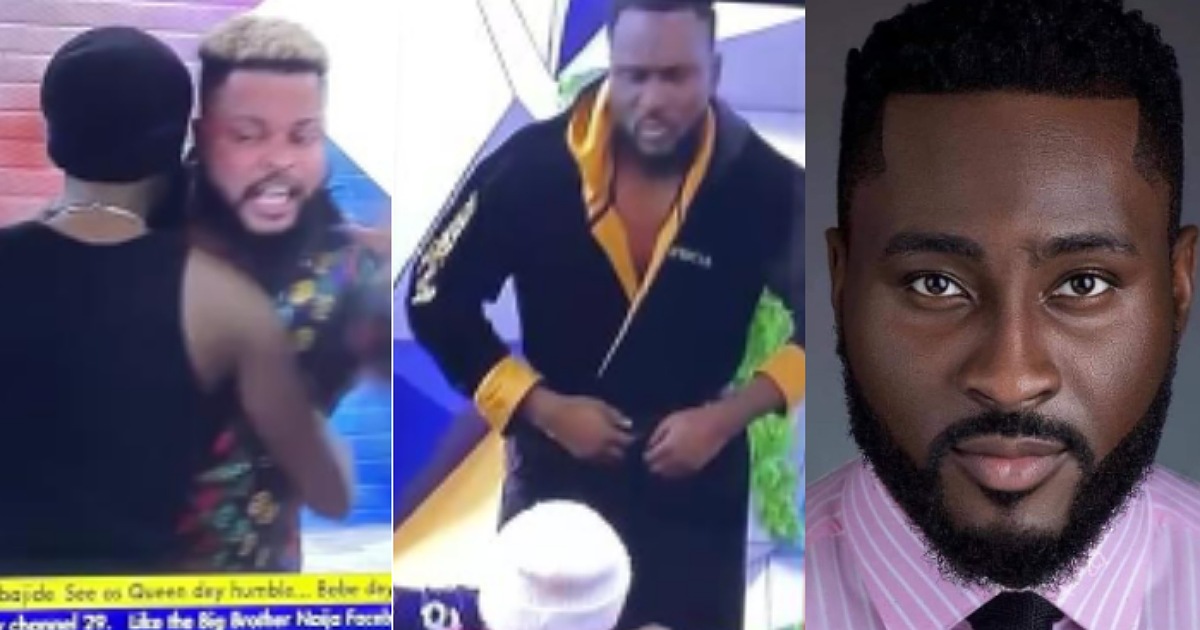 Big Brother Naija housemates, Pere and Whitemoney clashed in the middle of the night after Whitemoney was asked a question.

The drama started while they were playing a game, and a question was thrown at WhiteMoney that reads, “Who do you think has had sex in the house?” and WhiteMoney mentioned Angel.

Pere who wanted to know WhiteMoney’s answer charged towards WhiteMoney calmly while adjusting his belt.

..And then the housemates were convinced Pere’s countenance was to beat up White Money! They accused Pere of trying to bully WM and as well provoke him.

This quickly got WhiteMoney angry and he flared up.

Maria, the head of house then challenged Pere for trying to bully WM, and asked him to apologize to White, but refused.

Pere in reaction to WhiteMoney’s outburst then said: “He is probably mad that I removed him from the kitchen and that’s his business”

Watch the FULL video of the incident below: