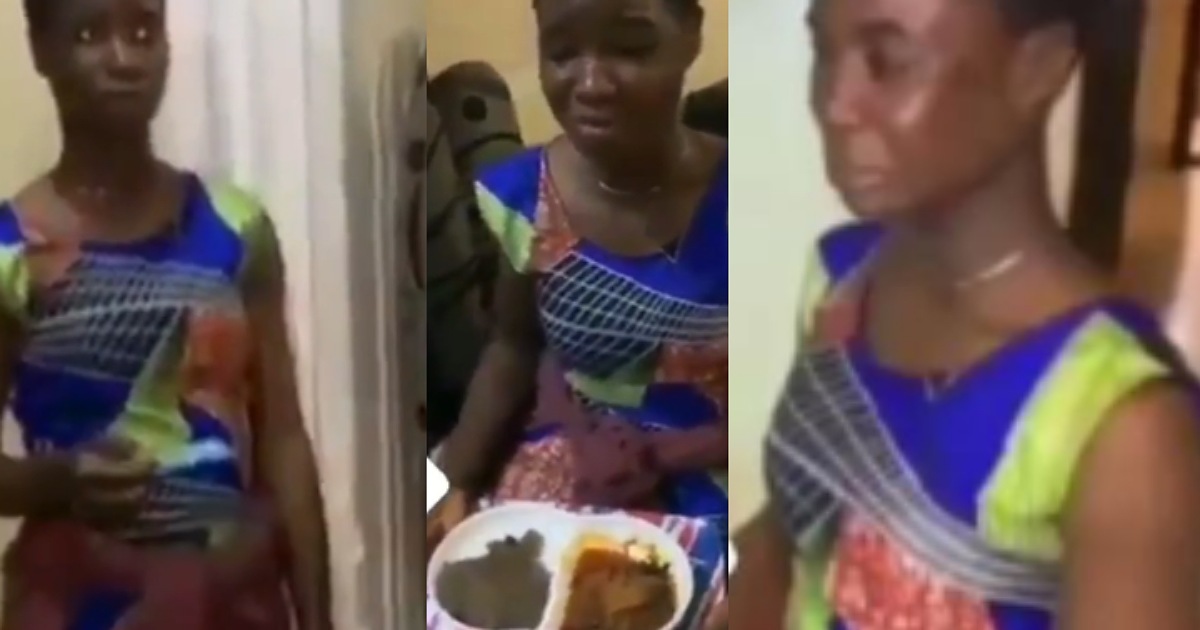 A young girl who works as house help for a family in Ibadan has been accused of poisoning her boss’ food with bleach.

In a video which has been going viral on social media, the boss confronted the house help, accusing her of adding bleach to his food.

Although it’s not clear what made the boss suspected the young lady, he however insisted that she must first have a taste of the amala and soup she served him.

Checkout these before and after bleaching photos of Actress…

The maid was reluctant as she made excuses why she cannot eat the food. According to her, the soup doesn’t taste good so she cant eat it.

The boss then concluded that she indeed poisoned the food but she swore with God’s name that she didn’t add anything harmful to the food.

The boss decided to search her belongings only to find a pack of bleach. When she was asked what the bleach was meant for she broke down in tears and blamed the devil.

After getting dragged for claiming 25, Vee finally reveals her real age