Nkechi Blessing reacts to the striking resemblance between her mum and actor, Osita Iheme 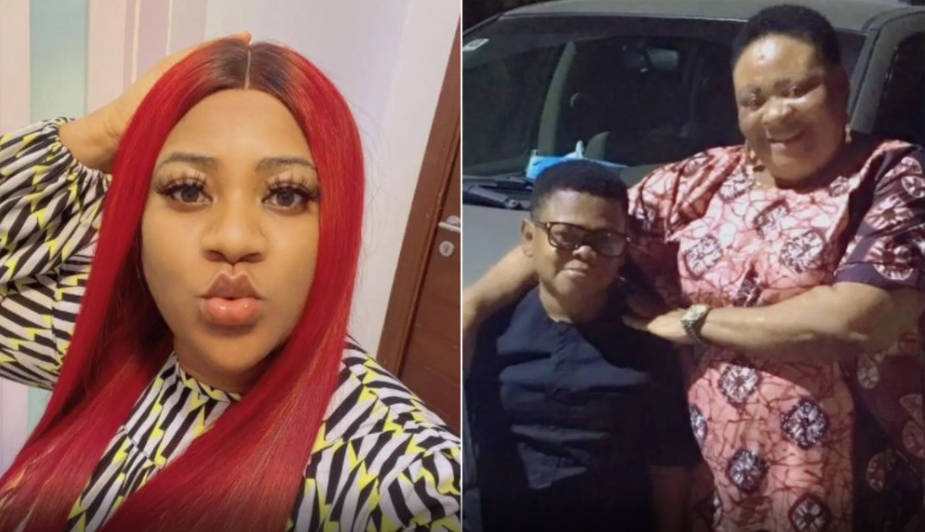 Actress, Nkechi Blessing has reacted to the striking resemblance between her mum and veteran actor, Osita Iheme.

According to Nkechi, Osita is her mother’s favorite actor and when she finally met him, she took a photo with him and sent to her.

The 32-year-old said that Osita is her neighbour and she can see a resemblance in him and her mum.

Nkechi Blessing reacts after a man requested to stay with…

Sharing the photo on her Instagram page, Nkechi wrote;

‘The oda day my mum met her Fav actor She took this picture and sent to me..And I was like ahn ahn why una come Resemble like this. Tag the actor…He happens to be my neighbor tho.”

See how some of Nkechi’s fans reacted to the photo;

linda.okwara wrote: Your brother from another mother

favour_i_seek_for wrote: True true the resemblance is too much

everythingomonene wrote: If I didn’t read the write up, I would have thought she’s his mum