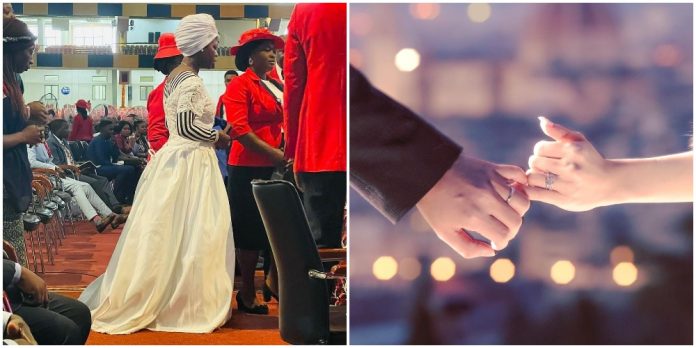 A Nigerian lady stormed the Dunamis church Abuja yesterday, August 1 wearing a wedding dress. When asked she said she wore the dress to express her faith in God for a marital breakthrough.

Apparently, she desires to get married to the man of her dreams as soon as possible.

Lady finds out a month to her wedding that she’s…

The daughter of the senior pastor of the church, Deborah Paul-Enenche, shared her photo on Facebook with the caption

In other news, A heartbroken lady has shared the letter she received from her boyfriend who informed her that he was getting married to someone else.

In the letter, the young man begged her for forgiveness, stating that ‘man proposes but God disposes’.

Red the letter here: Heartbroken lady shares letter she received from boyfriend who was getting married to someone else