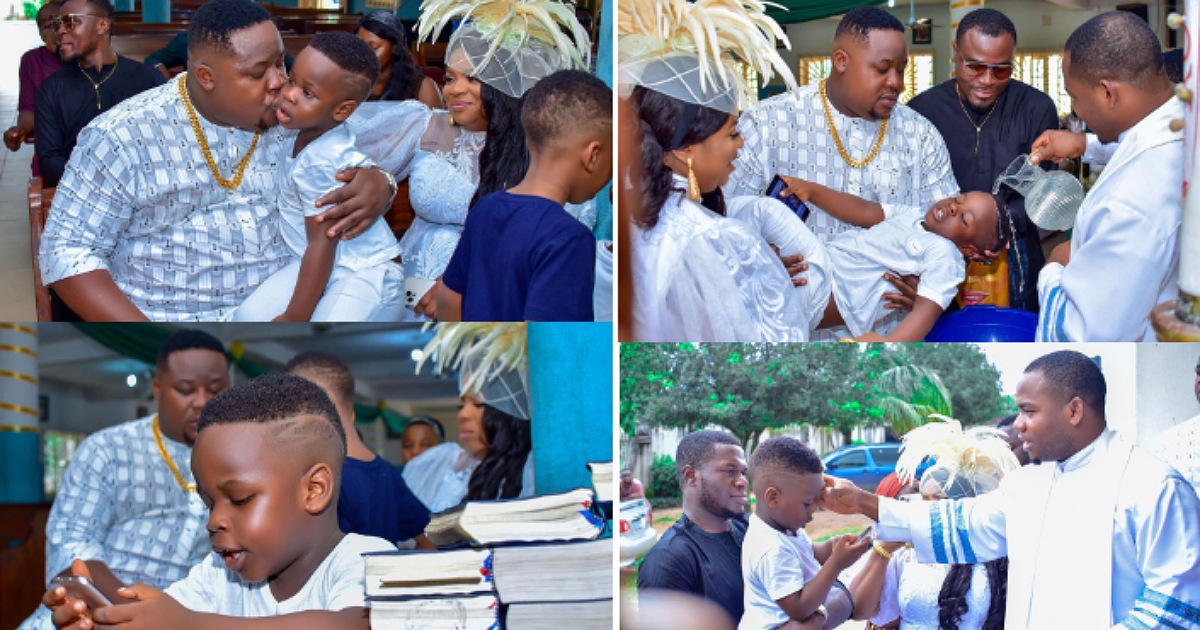 Controversial celebrity barman, Cubana Chiefpriest has disclosed how he took his son to the house of God for water baptism.

Sharing photos from the baptism via his Instagram page, Cubana stated that his family had to dress in white apparels before embarking on the journey.

“I give you six days to return the money you…

He also expressed his love for his beloved wife, Deangels for giving him a son who looks so much like him. According to Cubana, his wife gave him a twin in a son.

“My Son Pulled Up To House Of God For Baptism💦 On An All White @dolcegabbana Drip💧 I Love You My Twin @_deangels ❤️ Thank You For Giving Me A Twin In A Son @emenike_9 Wetin Be Your GodSon Monthly Salary ? Na Dollar💵 Paschal🇺🇸🇳🇬 Jnr. Dey Collect”, he wrote.