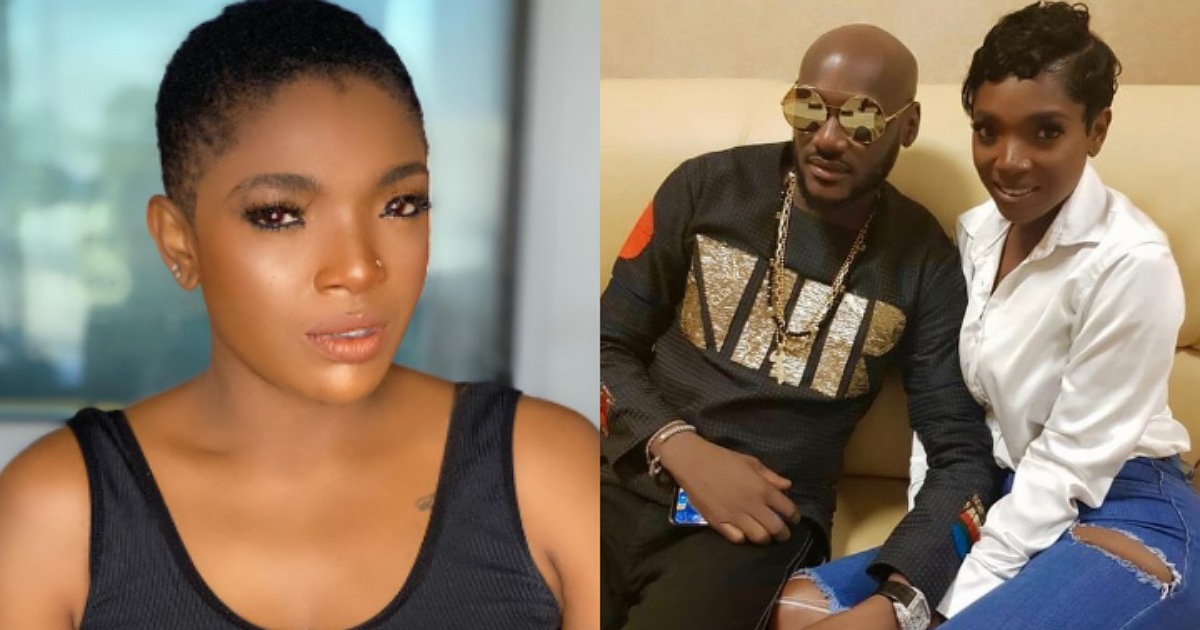 Recent reports have alleged that Nigerian actress and mother of two, Annie Idibia is allegedly cheating on her husband.

This is coming shortly after she called out her husband, 2baba for allegedly sleeping with his baby mama and spending nights with her, using his kids as an excuse.

Blogger, Gistlovers has however claimed that Annie Idibia has sugardaddies, and amongst them is one wealthy man identified as Ned.

“Well Annie,don’t push your luck,Tuface get him shit,but you do the most ,two weeks ago when I posted Una pictures,I got plenty comment saying make I no talk,but I think now is the right time to talk,MEN suffers domestic violence too💔💔We know Tuface get him own for body,you know of his health status yet you kept pushing him,you sef get sugar daddies now,Ned and Co😏😏😏Annie Stop it now”, Gistlovers wrote. 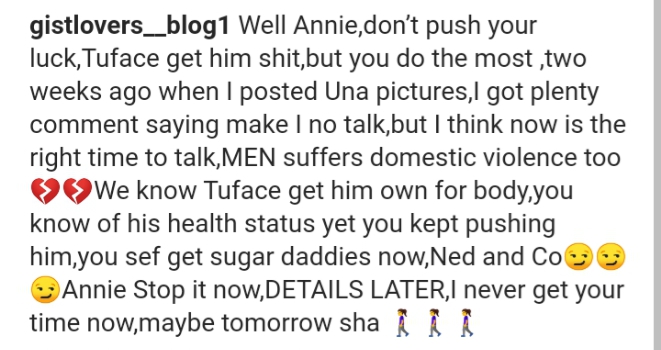