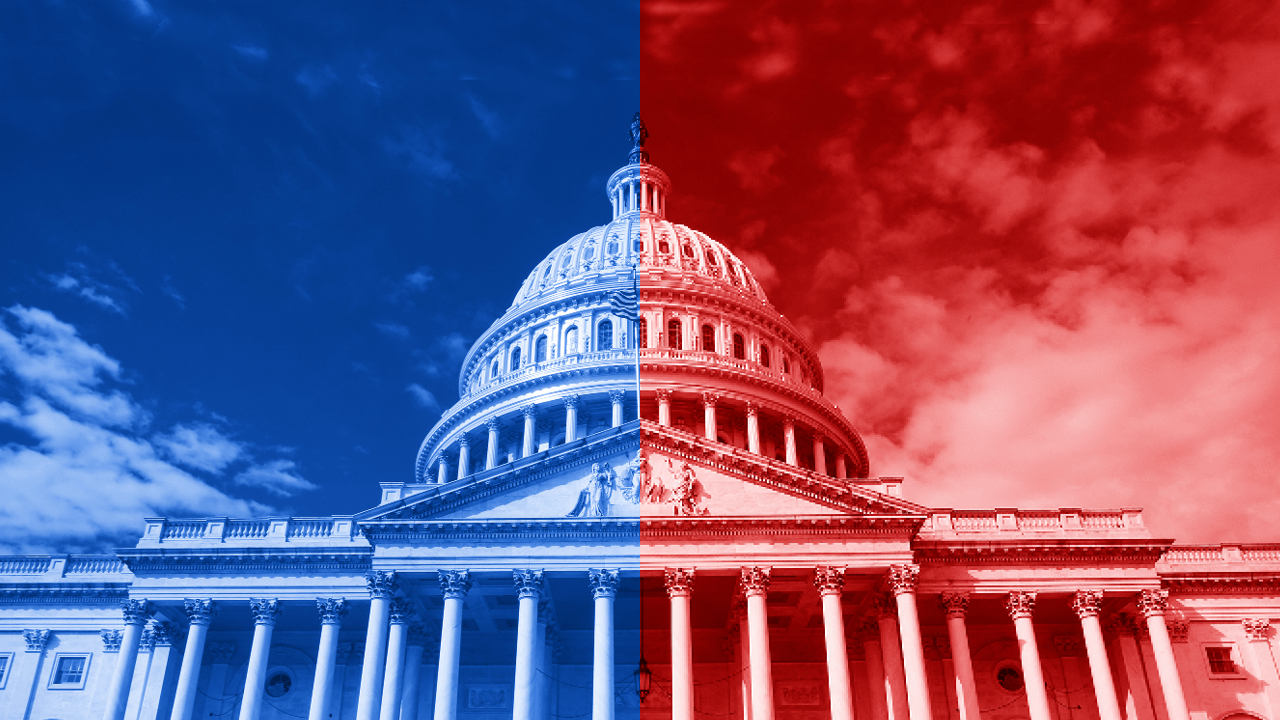 This famous quote is often attributed to Winston Churchill but dates back all the way to the 1870s. In the writings of Jules Claretie, he attributes said quote to a man named “Burke”, perhaps referring to Edmond Burke, the statesman. This quote has been rephrased a number of times since the 1800s, and its more famous counterpart (again, attributed to Churchill) goes like this, “If You Are Not a Liberal at 25, You Have No Heart. If You Are Not a Conservative at 35 You Have No Brain.”

Although, personally, I have also liked this quote by Frank Rizzo, “A conservative is a liberal who got mugged the night before.”

Hardy har har, lemme pat myself on the back and cash in my mobile casino bonus and all that. Truly, a comical genius. The question is, is there any validity to either of these quotes? Is there truth to the sentiment that Liberals are all heart and no brains, and conservatives are vice versa? I think the answer is both yes and no, and it all stems from the

Vote Blue No Matter Who

America is in a strange state as far as the cultural-political dynamic is concerned- and yes, the two are far more connected than most people would like them to be. The Breitbart mantra is “politics is downstream from culture”. The idea is that to change the politics of a nation, you have to change its culture. One affects the other because one’s cultural values usually determine how one votes. Practicing Christians are more likely to vote for conservative candidates because they more closely reflect the values they want to be implemented into policy- and that makes sense, right?

Statistics show that younger voters are more likely to be liberal than older ones and become more conservative as they age, and gen x is only getting more liberal as time goes on. The data on Gen Z isn’t really available yet, but it’s likely they’re trending the same way. Or not. Depending on who you check with.

I haven’t really found evidence to support what I’m about to say next, but from what I’ve seen anecdotally (both from direct experience and indirectly through the internet), people who follow politics are usually locked hard into their tribe- but the politically apathetic, ignorant, or “independent” are almost universally left-wing.

Basically, I don’t think there are really any centrists anymore. Either you’re right-wing or left-wing by default. According to FiveThirtyEight (who I never heard of before researching this article, by the way. I think they’re connecting somehow to ABC news), someone who identifies as “moderate” is far more likely to support every democrat position- except calling themselves, democrats.

And according to Pew Research, even Republican-leaning independents are more likely to look more favorable on democrat issues than actual Republicans are. Well, yeah, I guess that makes sense…

And, for a piece of entirely anecdotal evidence, a conservative YouTuber named Mark Dice often makes videos of interviews with strangers in California (presumably LA), and the less knowledgable about politics someone is, the more likely they are to vote blue no matter who (by their own admission).

It’s really quite telling, but again, it’s not exactly an objective measurement. Similarly, other channels like Turning Point USA press college students about political issues, with similar results. If you provide a Donald Trump quote to students who identify as liberal but tell them it’s from Hillary Clinton, they’ll agree with it entirely… right up until they’re told the truth.

This is indicative of immense tribalism and ignorance on politics in general, one that doesn’t seem to hold as true for the openly right-wing. I’m not saying that everyone should have every politician’s statements ever made memorized, but the general sentiments on every issue are pretty distinct across the aisle. In fact, college students (who are more likely to be left-leaning in the first place and become more so the higher they go into higher education) are exceptionally bad at understanding the political beliefs of their political opposition.

In general, there’s about a 30% difference between the perception of one’s political beliefs and the reality- but this number skyrockets for students in higher education.

Heck, feminist filmmaker even Cassie Jaye even broke down this fact in her documentary, “The Red Pill”. She was a liberal all her life and despised* anything to do with the Right. So while researching men’s rights activism for a documentary and being forced to actually listen to her political opponents, she got the shock of her life when… they started making sense to her.

She had been raised a Democrat by default. It wasn’t until she actually was forced, through her line of work, to research her political opposition that her worldview changed.

The answer is that Breitbart was completely right. Politics is downstream from culture, and today’s American culture is exceptionally liberal. Every major institution is dominated by left-wing thought, from academia to the News to Hollywood. You’d be hard-pressed to find a conservative hosting a show on Comedy Central, but off the top of my head, there’s Trevor Noah, Bill Maher, Conan O’Brian, Jimmy Kimmel, and Steven Colbert- all open liberals.

For news outlets, there’s Fox News and… not much else. But meanwhile, there’s CNN, MSNBC, ABC, NBC, CBS… in fact, polls show that something like 90% of “journalists” and news anchors are Democrats. In Hollywood, if they even catch a whiff of conservative thought, you’re ostracized (unless you make too much money already, like Chris Pratt).

*I think a key highlight here is to point out the general sentiment between members of either party about their political opposition. While both groups are statistically more likely to dislike one another than ever before, liberals view the Right with hatred– a sentiment that isn’t met in reverse.

The Guardian released an interview with musician Sam Fender (who I never heard of before and know nothing otherwise about), who couldn’t possibly fathom how the British Conservative party were sweeping up every election. He said, “Because of the polarity between the left and the Right, I don’t feel I have an identity with politicians on either side. The left-wing have abandoned the working classes, and with a lot of the left – I don’t want to sound like Piers Morgan when I say this – I feel like there is too much nitpicking and stupid fights, especially online. But I hate the Tories [Conservatives] with a passion. I was raised to hate them, I still hate them, and I always will.”

Why?! He is literally acknowledging his biases, admitting how he loathes his political opposition for no other reason than he was raised to hate them but just intends to continue doing so anyway. Boris Johnson could cure cancer tomorrow, and Sam Fender would foam at the mouth over it.

And this circles back to my original point- Sam Fender, who claims not to identify with any party, nevertheless supports every left-wing position aside from calling himself a left-winger. He’s Labour* by default.

*The British party that’s equivalent to the Democrats on the political spectrum but even more antisemitic. Like, to a cartoonish degree.

So what am I trying to prove here? That the Left and Right don’t like each other? That’s obvious. What I hope to demonstrate here is that the situation in the West is such that everyone who wasn’t born in a conservative family leans left by default, no matter what they claim, and it takes active work on their part to actually understand the Right. Just look at the top posts r/PoliticalHumor to see what I mean.

Post after post about how awful the Right is, without ever bothering to put in the effort to argue against the ideas the right presents. And they’re never going to because they live inside a cultural bubble created by Silicon Valley and Hollywood where everyone is a democrat by default.

The left always talks about the importance of representation. Alright then. Where is the representation of ideas? When was the last time a religious Christian was portrayed in a movie with any kind of respect to actual Christian values?

When was the last time a right-winger was presented as anything other than a racist red-neck? Actually, the answer to both of those is Captain America, but the last time he mentioned God was in 2012, and he’s retired now, replaced by a token black wannabe, so…

If conservatism is ever to thrive anywhere other than the internet, then it needs to get a cultural foothold. I fully support organizations like The Daily Wire creating movies like “Run. Hide. Fight.”. But if it’s to go anywhere, it needs to reach the hearts and minds of everyday people. Artists. Gamers. Web-comics. Creators.

Is America going to devolve into civil war between the two parties? I hope not. But there is going to be a battle, and it’s going to be cultural as both sides fight over the moral compass of the masses.

“You didn’t think I’d risk losing the battle for Gotham’s soul in a fistfight with you?”

-The Joker, Batman: The Dark Knight