#BBNaija: “I have respect for Nyash” – Whitemoney reacts to Queen’s s*xual position (Video) 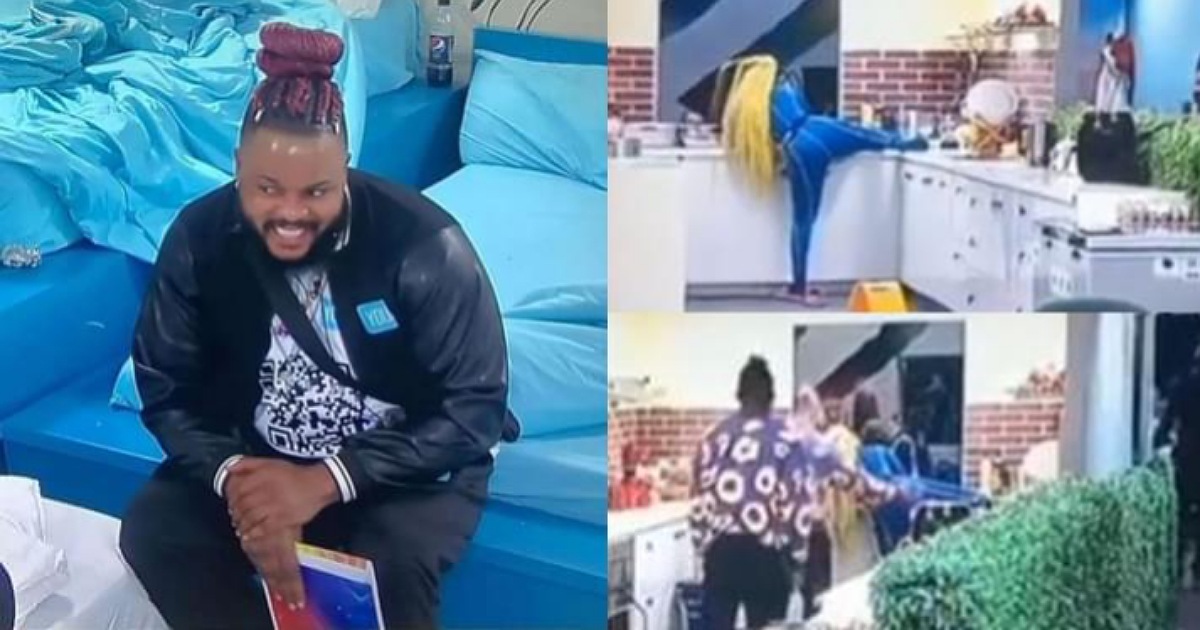 Big Brother Naija housemate, Whitemoney has stated that he has maximum respect for women’s backside.

The housemate disclosed this after Queen was seen in a suggestive position in the presence of Whitemoney and Cross.

Queen was spotted in the kitchen raising her legs and thrusting out her bum, which caught the attention of Whitemoney who screamed at the top of his voice.

He was later joined by Cross who came to witness what was going on. Whitemoney in his usual comical manner exchanged pleasantries with Cross.

He was however tempted to smack Queen butt but paused as he stated that he has huge respect for buttocks. He also prevented Cross from moving closer to Queen.

Watch the hilarious clip below: