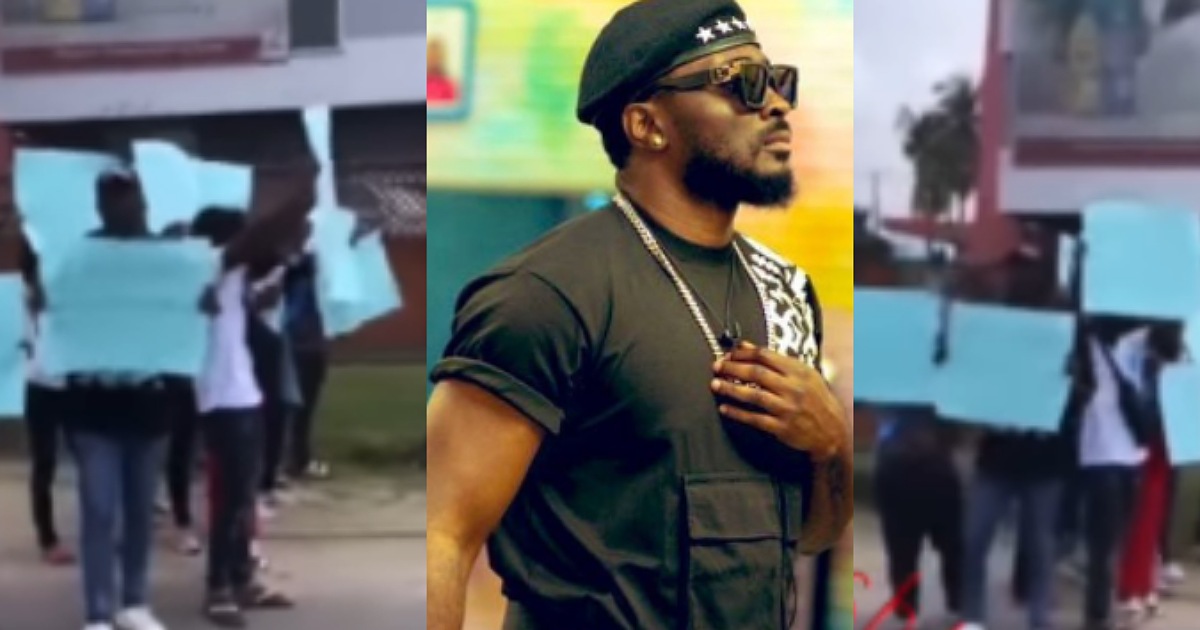 Fans of Big Brother Naija housemate, Pere Egbi have kick-started a protest after their fave, Pere was involved in a game tiwst.

Last night, Biggie brought out Pere and Angel for fake eviction and disclosed that they would have to participate in a game, and the winner of the game will earn a spot in the finale.

Following the revelation, core fans of Pere have staged a protest over the development calling it unfair.

Pere and Angel were asked to leave the Big Brother house during the Sunday live eviction show and were moved to a white room.

There, they were then told that they would compete in a game for a chance to make it to the finale.

But after seeing the stats of the previous week’s votes, Pere’s fans were displeased with the development — the ex-US army officer had 25% percent of the votes which was enough to naturally earn him a spot at the finale, while Angel had 14%.

Bobrisky apologizes to former bestie, Tonto Dikeh after dragging her on Instagram