Boy who is gradually ‘turning into a tree’ narrates his experience 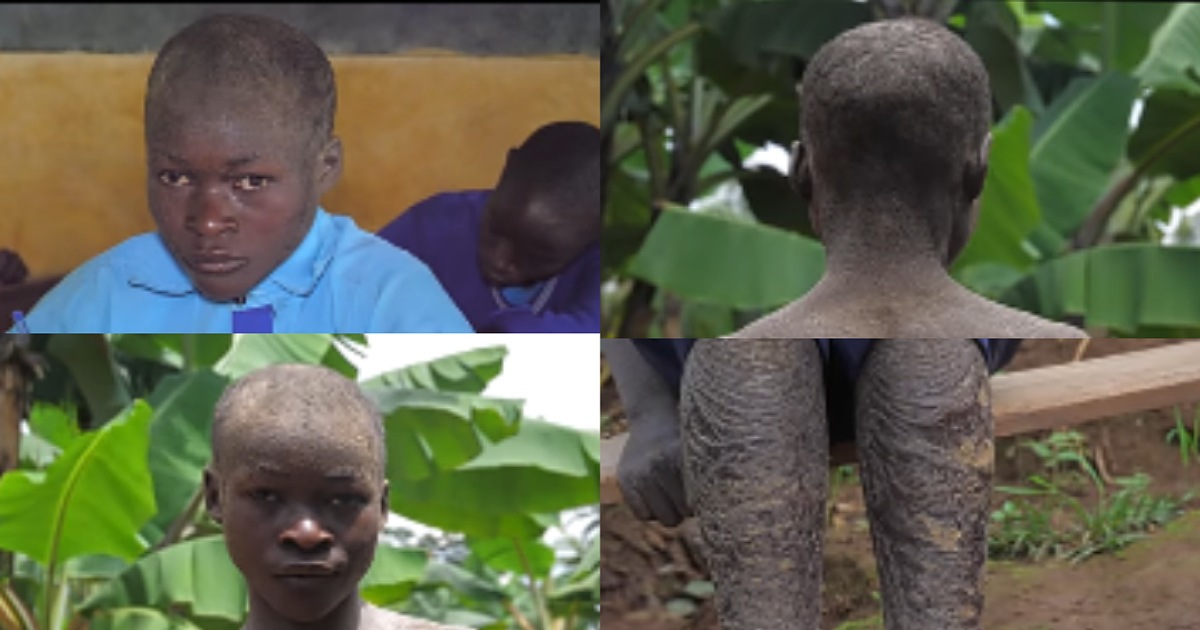 A young boy has narrated his scary personal experience, and how he has been dragged in the village due to his skin disorder.

The boy, during an interview with Afrimax disclosed that he was born with the disorder from birth and he has found it hard to do things because people always look at him in a bad light.

He revealed that his mother who cared about him so much, died and his father didn’t care about him, so he had to move in with his brother who also had the same kind of skin disorder.

“I am slowly turning into a tree so people call me a crocodile or frog. My skin shades off like that of a snake. When they see me, they run away.

It is not my fault because I found myself like this. This is how I was born. I couldn’t understand what happened because I lost my mother at an early age, and my father didn’t care. He always came back drunk.

When I was born, my skin was not normal at all. I had to learn to live with it because it was the only option I had.”

I have given it to the only man who deserved it – Lady who married her husband as a virgin, says