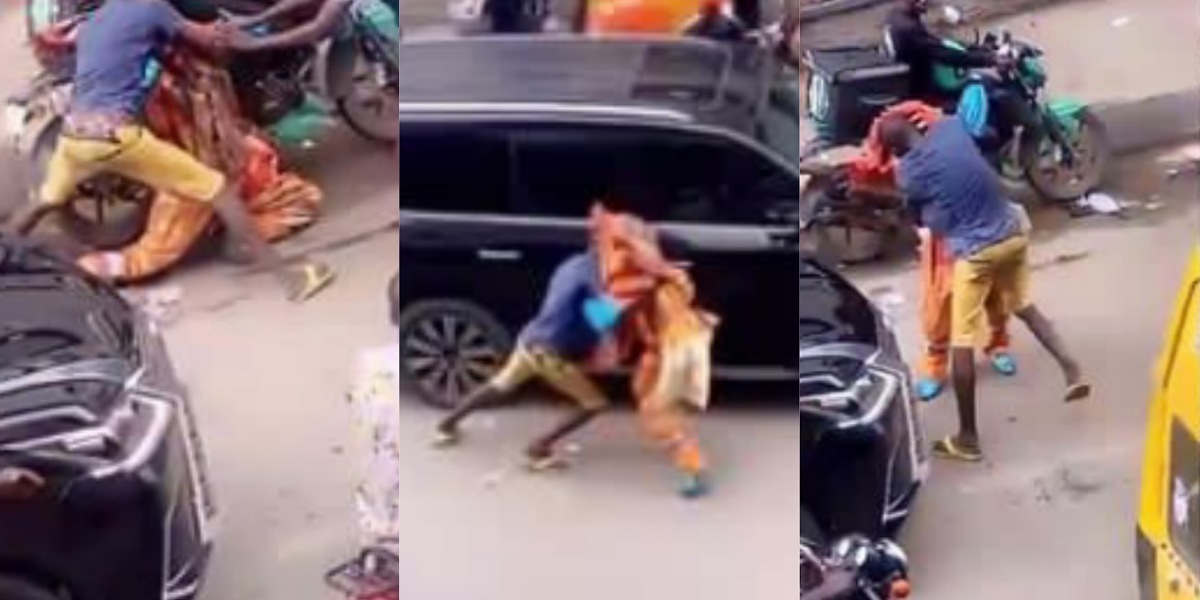 A Nigerian man who was angry after been flogged by a Masquerade, has set an example by beating him up. 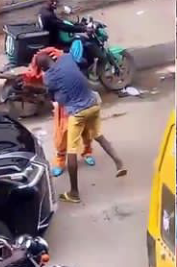 A video going viral on social media, has shown the moment where the angry man attacked and engaged the street Masquerade in a fight, seriously beating him up in the process as traffic came to a halt.

According to reports, the man was a passerby on the road going on his way in Lagos Island, when the Masquerade gave him some bitter strokes of the cane.

In response, the angered man took it upon himself to set an example of the Masquerade and proceeded to beat him up, even as several people on the road tried to separate the fight.