“Hope she’s not trying to take sniper” – Reactions as Tonto Dikeh breaks down in tears, says she will miss fans 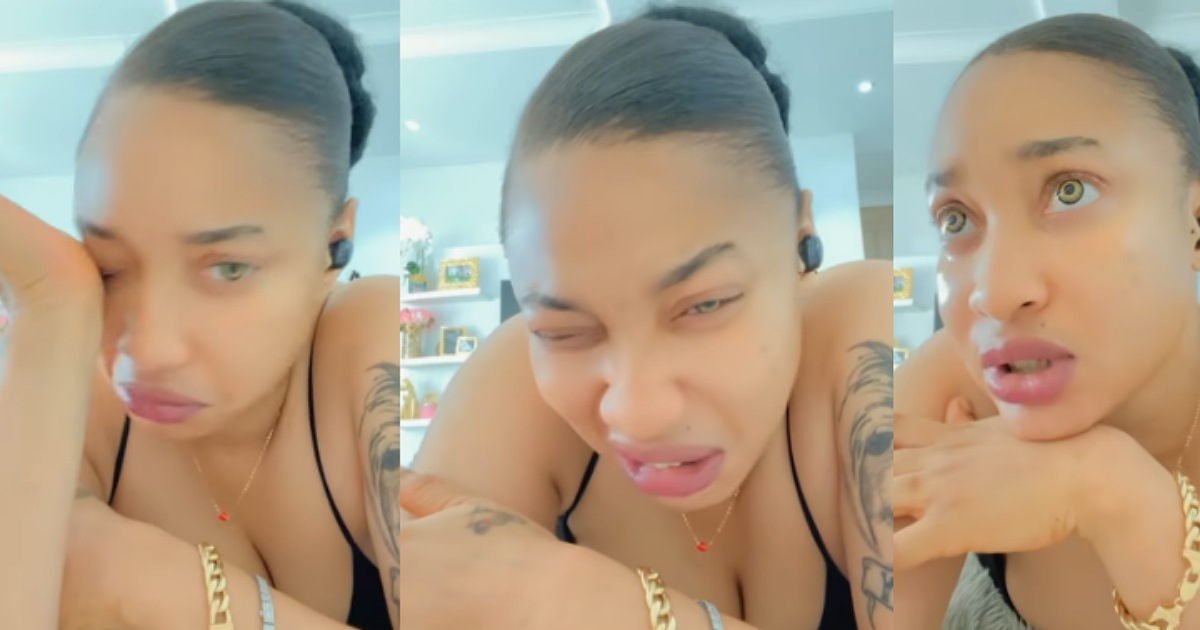 Nigerian actress, Tonto Dikeh has sent out a message to all her fans as she gets set to leave social media for some days.

The beautiful actress who is reportedly facing a serious ban on her Instagram account said she was advised to go off the app for 72 hours.

However, reacting to this, the actress who stated that she feels heartbroken to leave Instagram for 72 hours, cried as she expressed her love for her fans.

Tonto Dikeh said she would miss all of them, as she hopes her account would get better when she returns..

However, reacting to this, a lady identified as Virtue2492 on Instagram said she hopes the actress is not trying to commit su!cide.

“Living in America is very hard compared to living in Africa” — Singer, Dencia

“A man that really loves you will not kiss you until your wedding night” — Media personality, Funmi