It has been hard, my life has taken a new turn and I’m not mentally okay – Tega breaks down in tears (Video) 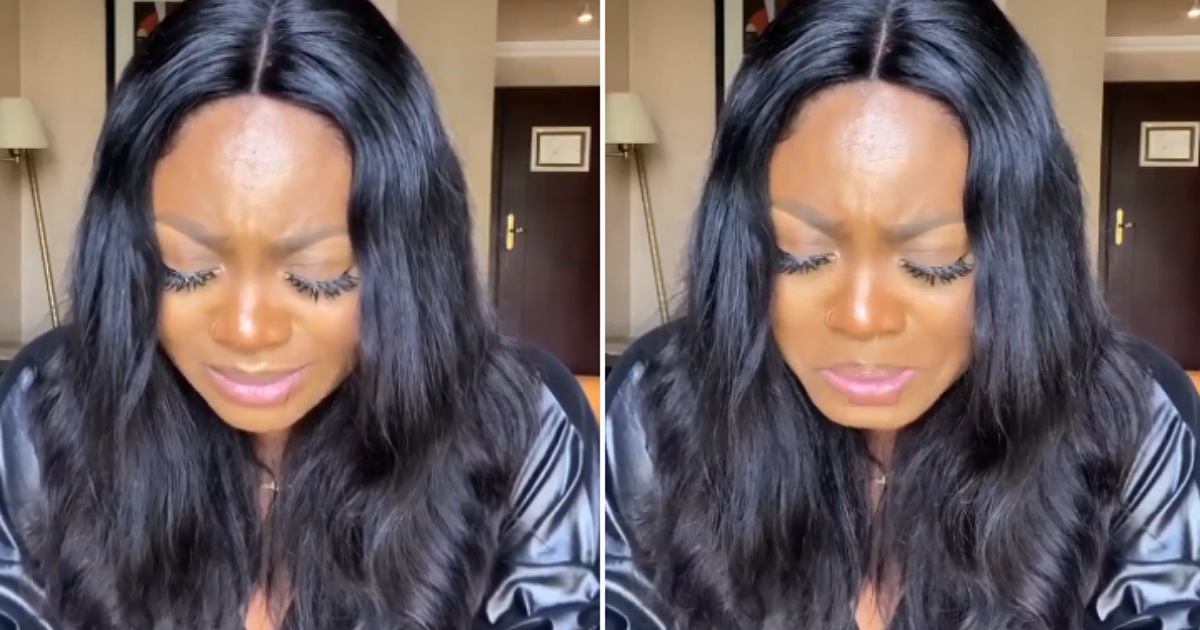 Former BBNaija housemate, Tega Dominic has broken down in tears while apologizing to Nigerians.

The ex housemate who was involved in a romantic affair with Boma in the house sparked outrage from fans who didn’t hesitate to pour out their hearts and drag her to pieces.

They also dragged her love interest, Boma for getting involved in a sexual affair with a married woman, without caring about her husband who would definitely be watching the show.

However, in a new video, Tega who earlier claimed that she was only acting a script, broke down in tears as she begged Nigerians to forgive her.

According to Tega, it has been so hard for her since she left the show and her mental health has already been affected.

“God why are you so wicked to me?” Woman cries out after losing her entire family members