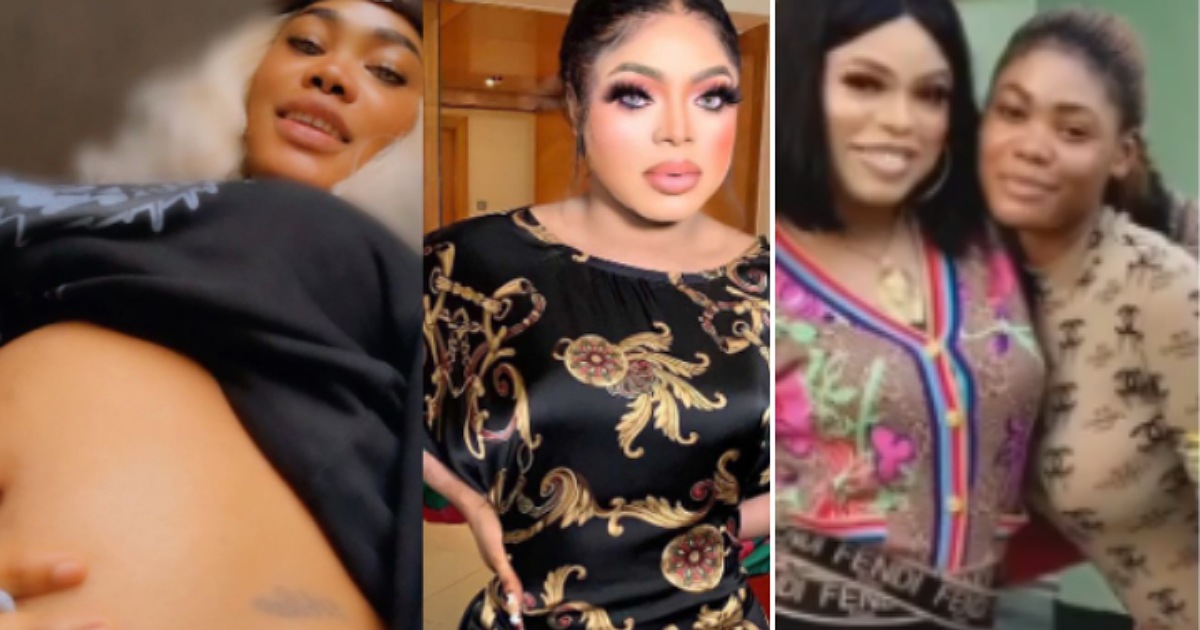 Recall, Kyme from Ivory Coast, earlier went viral after getting a tattoo of the crossdresser.

The crossdresser accepted her into his house to live and weeks later, she accused him of physical violence.

According to Oye, Bob beat her up for forgetting to call his hair stylist to lose her hair.

The lady also said she was better off at home than crying in a big house.

Hours ago, she shared photos of herself with baby bump, and asked fans to guess who the father of the child.

Surprisingly, majority of her followers echoed Bobrisky as father of the unborn child.

It has been hard, my life has taken a new turn and I’m not mentally okay – Tega breaks down in tears (Video)