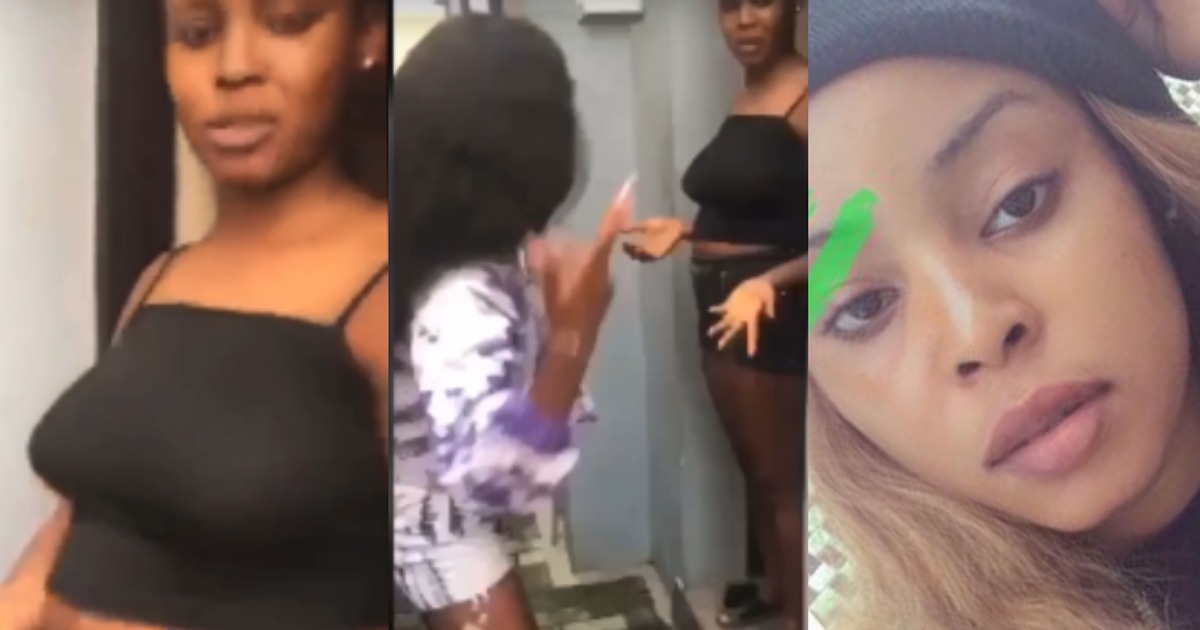 The news of a lady who poured a corrosive substance on her boyfriend’s sidechick has sparked outrage on social media.

The influencer identified as Maris, is currently on the run after pouring a corrosive substance on her rival, Eromonsele Hallowbe, leaving her writhing in pains and her skin damaged.

Reports gathered that the incident happened on Friday, September 17, in Lagos. The suspect had paid the victim a visit to confront her of allegedly snatching her boyfriend who is a real estate businessman, Ejiofo Emmanuel.

According to a source, “Maris visited the victim at her apartment in Lagos with a friend to challenge her for dating her man.

They belabored Hallowbe and she didn’t retaliate. The next thing they did was to p*ur the corr*sive substance on her face and left. They recorded the entire incident. The victim’s twin sister came back home to meet her weeping for help. The sister affirmed that she just saw the suspect at the gate and didn’t know she visited to carry out the evil plan.

The video of the crime was leaked by Maris’ friend on WhatsApp while she took to her heels. She’s nowhere to be found and we demand justice for the victim.”