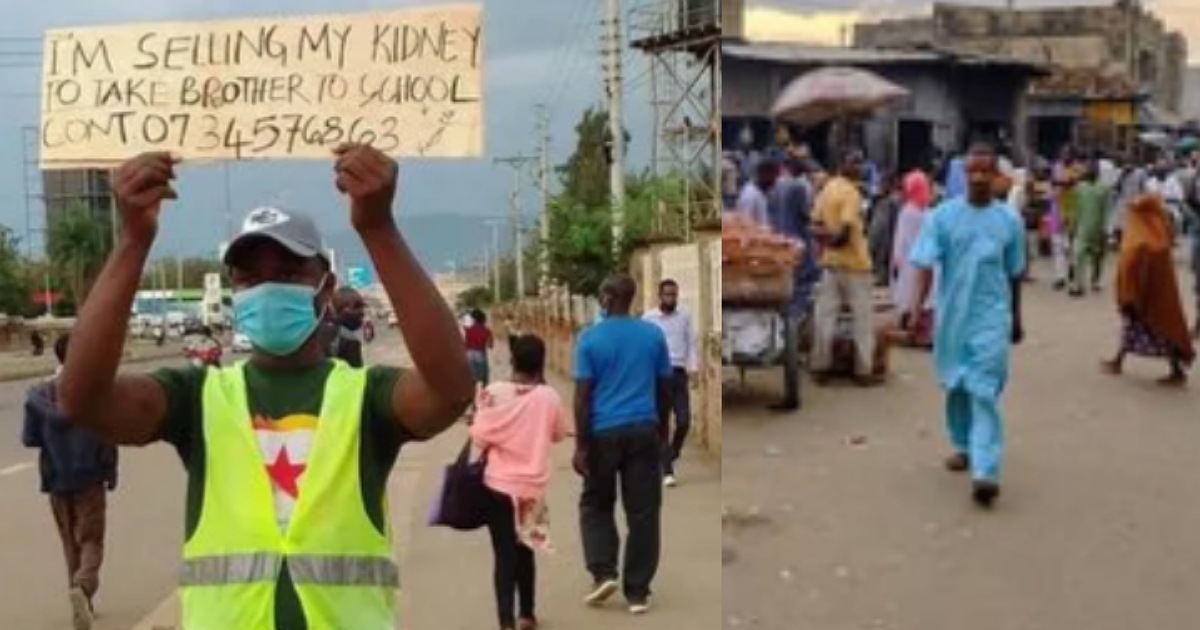 A 26-year-old man identified as Felix Joel has sparked reactions following his decision to sell his kidney to assist his younger brother.

He stormed the street with a placard stating that he wishes to sell his kidney to be able to send his brother to the university.

After going viral, he was interviewed by Tuko.co.ke where he spoke about how he became a father figure at a very young age.

2Face Idibia makes son proud with a stellar performance at…

Woman enrolls little girl in school after saying her…

The small scale trader from Kisumu’s Manyatta estate said he has three younger brothers who were left in his care after his father’s demise in 2007.

”I was in Class 7 when I started taking care of them through the business of mali mali because my mom is jobless,” he said.

He explained that he had to stop schooling in 2017 while he was still in his first year at Masinde Muliro University where he was studying Animal Science.

Joel reiterated that after putting his own education aside, he got into a full-time business and started a stall in Migori which has been helping him pay his siblings’ bills.

“I also had a contract to supply beans to one of the schools but it ended when students were sent home last year due to COVID-19. I haven’t been able to get it again,” he explained.

Joel’s younger 17-year-old young brother, Morgan is expected to join Kenyatta University on October 4 for a course in Agricultural Education and Extension.

But being that he does not have the funds for fees and other needs, Joel with no hope in sight, made the difficult decision to walk around with a banner announcing his intention to sell his kidney for his sibling’s education.

“I have bigger problems that I can’t even start saying now. My dad was polygamous so as we speak we don’t even live at home, but that’s another story altogether,” he concluded.