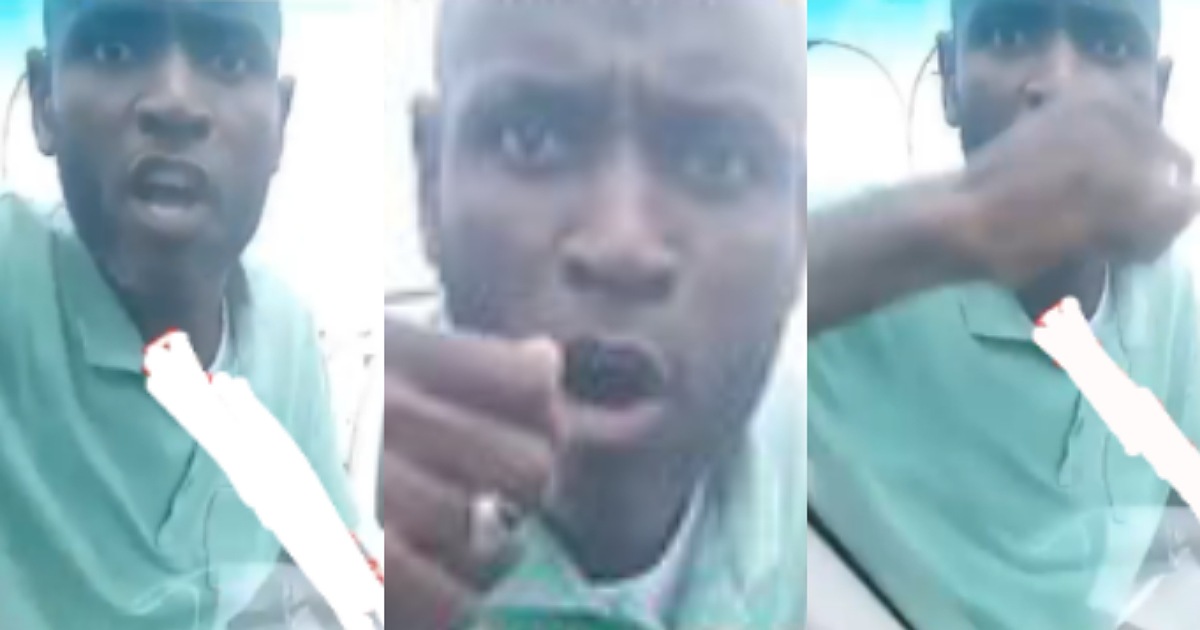 A heartbroken man has shared his horrible ordeal with a man who broke his glass at traffic in Maitama.

He narrated that he was at traffic around Maitama when a man suddenly came to the front of his car and asked him to wind down.

He said he was confused because he didn’t know the man or his mission, but at that point, his instinct told him to record the incident.

He obeyed his instinct and began to record the incident and suddenly, the man cracked his windscreen.

Sharing the recorded video, he narrated;

“So I was at the traffic light somewhere around Maitama, Abuja and this man was asking me to wind down.

I ignored him and my instinct said I should record this guy because I do not know his mission. Before I could say Jack Robinson, he cracked my windscreen”.

EFCC Chairman, Abdulrasheed Bawa reveals why he slumped while making a speech at Presidential Villa