Man who accused pastor of snatching his wife of 12 years, finds love again in barely 2 months 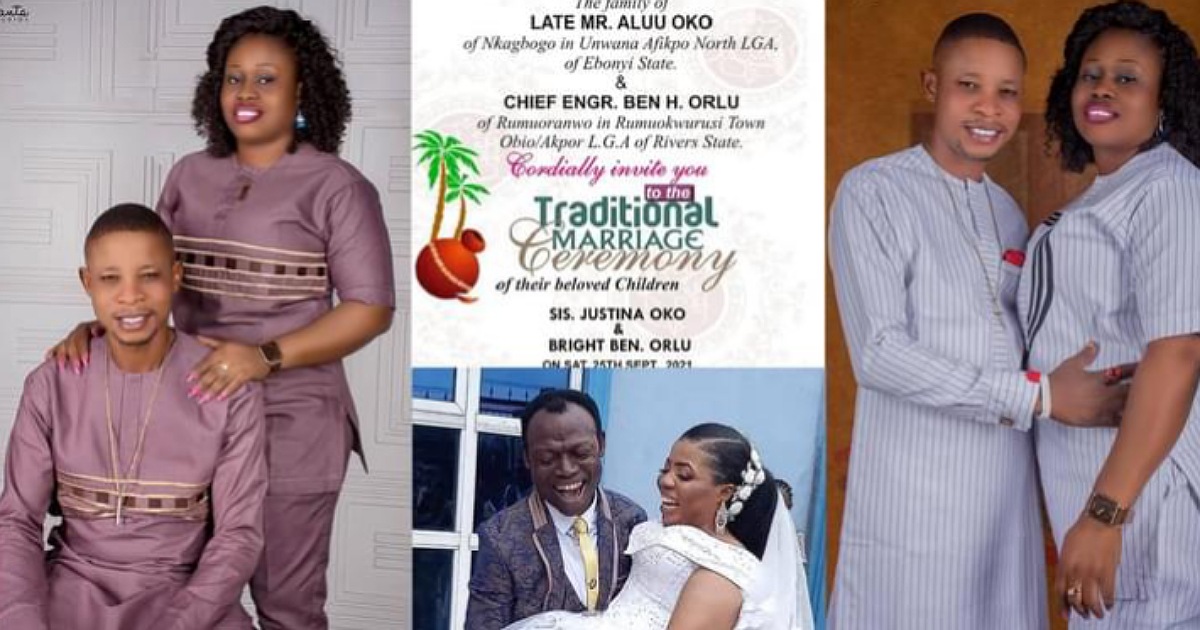 A Nigerian man, Bright Ben who recently went viral after he accused his pastor of snatching his wife of 12 years is now getting set to wed his new lover.

“We started attending the church and became full financial members. My wife was given an immediate appointment 7months ago, she moved out of the house with our 2 kids before I got back from work. I searched everywhere and called everyone even the G.O.

Unknown to me that he was the architect of my problems. After sometime he stopped picking my calls and blocked my phone line. I’ve been looking for her until I saw this pictures yesterday online. He claimed that the Holy Spirit told him that she is his wife. Is the Holy Spirit and author of confusion?” His Facebook post calling out the pastor, read.

A Facebook user, Peace Ikechukwu wrote, “So now you are not committing adultery abi? Nonsense and ingredients, the same you that was ranting all over this blue app shouting nonsense, this is a proof that you were cheating on your ex wife”.

@Perpetual, “Just last month u complained bitterly about ur ex-wife that she left u for ur ur pastor and today u here with another woman as a wife hmmmmm oga so u where fooling us around change for good And stop the denting of another’s image”.

@Amaka Udoye, “So this guy was gbensing someone else and was here complaining about his pastor. Nonsense and ingredients”.