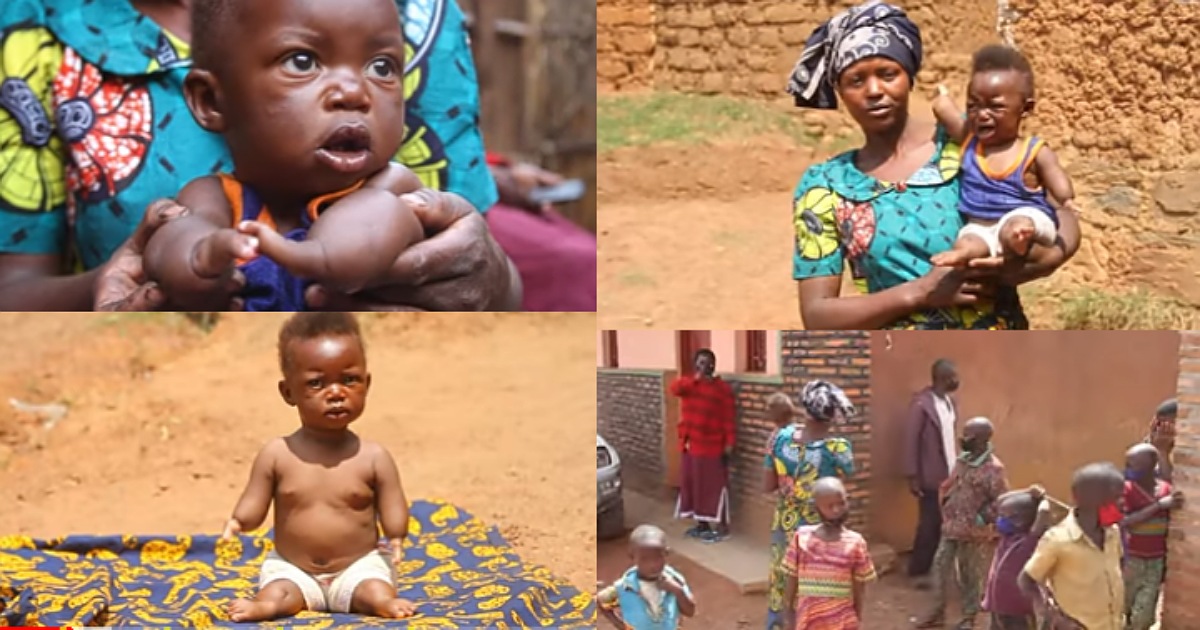 A mother has shared story of how her 7-month-old baby developed supernatural powers to heal the sick.

According to the mother, her daughter was bullied by villagers when she was born, but after finding out she has supernatural powers, they began to call her a special doctor.

Mom discovers through dream that her daughter has belly…

“My 7-month-old baby was born disabled. She was born without knees. Just two fingers and four toes. People bullied her when she was born. They called her useless but God proved them wrong and gave her supernatural powers.

Today, she’s called a doctor in the village because if you are sick, just lift the baby up and you will be healed in seconds.

I noticed this one day after I had a serious back ache one morning, and after lifting her up, I automatically felt better. Since then, none of my family members fall sick cause it’s simple, just lift my baby.

I had a normal pregnancy. I never knew my baby had any problem till I went to deliver and doctor said my baby was sealed in the womb. After operation, I had a successful delivery but my baby came out disabled.

When I just gave birth, I was covering her arms with long sleeves but later I stopped. Now I allow people to see her like that and it doesn’t bother me.

Right after my baby was born, people said I brought disgrace to the family, because she would be of no use.

The same people who mocked her now visit my baby when they are sick and when they get healed, they say my child is incredible. She is special…….”