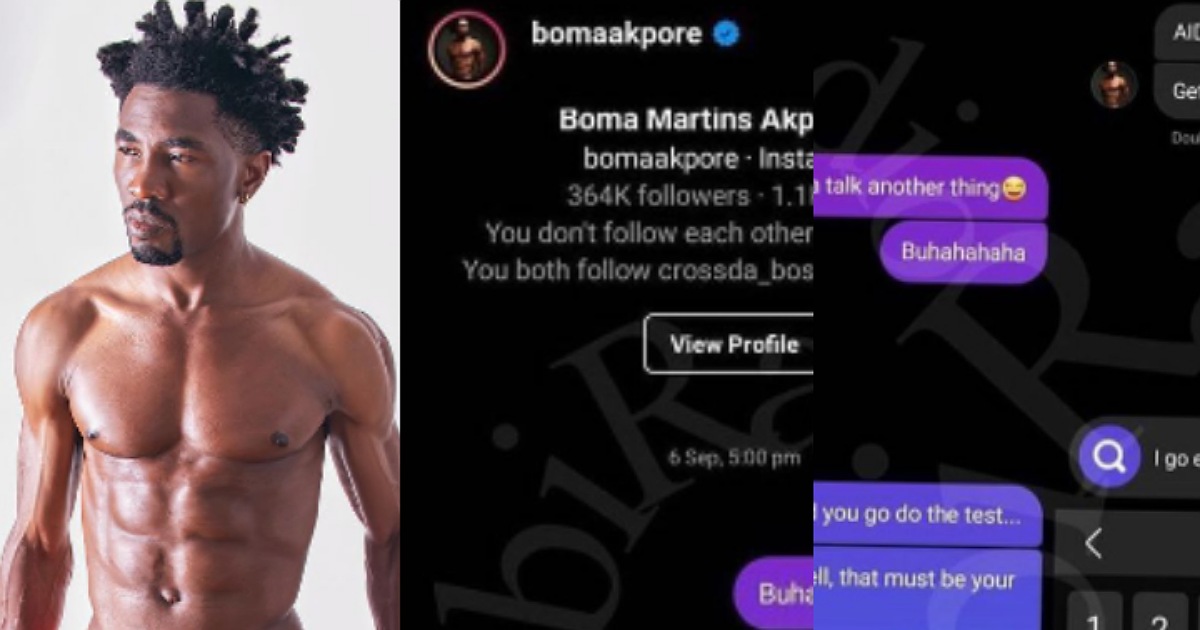 Former Big Brother Naija housemate, Boma has been trending lately following leaked screenshots of his conversation with each other.

The screenshots showed the duo hurling heavy insults at each other and calling themselves unprintable names.

Apparently, the lady first mocked Boma over his behavior in Biggie’s house. Reacting to this, Boma fired back at her, referring to her as the ugliest creature on the planet.

They continued dragging themselves as the lady recounted how Boma had no shame to have an affair with a married woman.

Reacting to the entire drama, one of Boma’s fan identified as Sulphurofficial wrote;

Others however condemned Boma for insulting the lady.