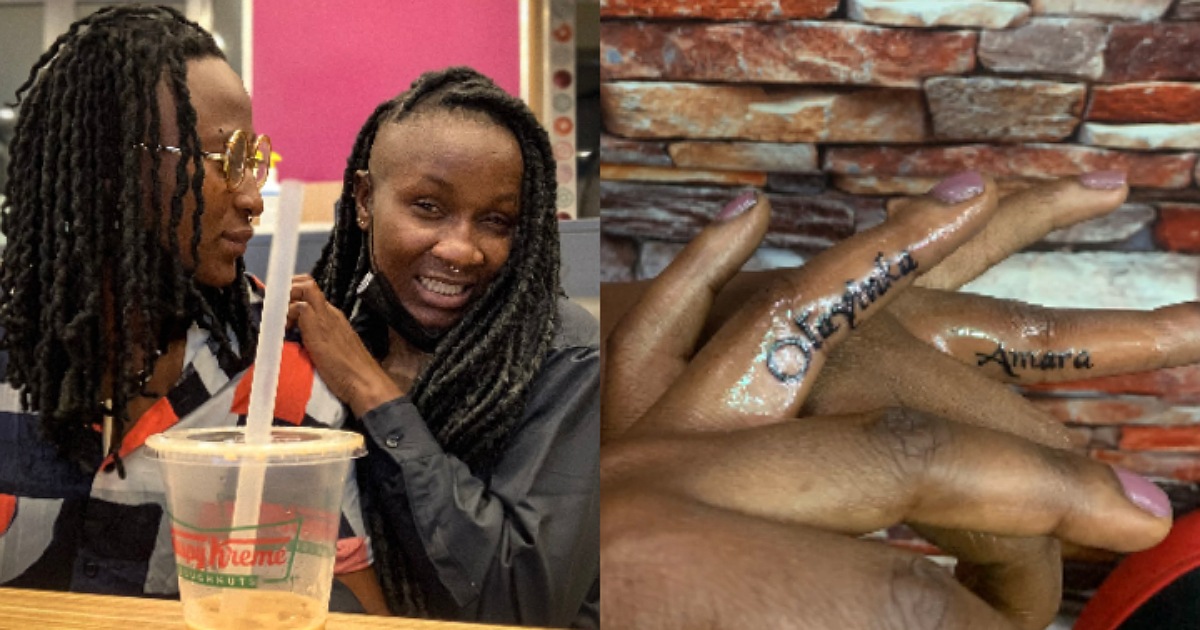 Nigerian lesbian and LGBTQ activist, Amara and her partner, Olayinka, have announced that they have tied the knot using tattoos.

The lesbians defied the anti-gay laws in Nigeria as they “tied the knot” using tattoos, and showed it off on social media.

“Why I married Kanu Nwankwo when I was only 18…

The Youtuber, in a post which she shared via Instagram and twitter, stated that since gay marriage is not allowed in the country, they decided to get a tattoo of each other’s names on their ring fingers as a sign of commitment.

Sharing photos of them together, Amara wrote,

“onye nkem. the country said I can’t sign my yes on paper. so I tattooed it on my skin. #commanbeatme”

This comes weeks after Amara accused Christians of shaming her because of her sexuality.