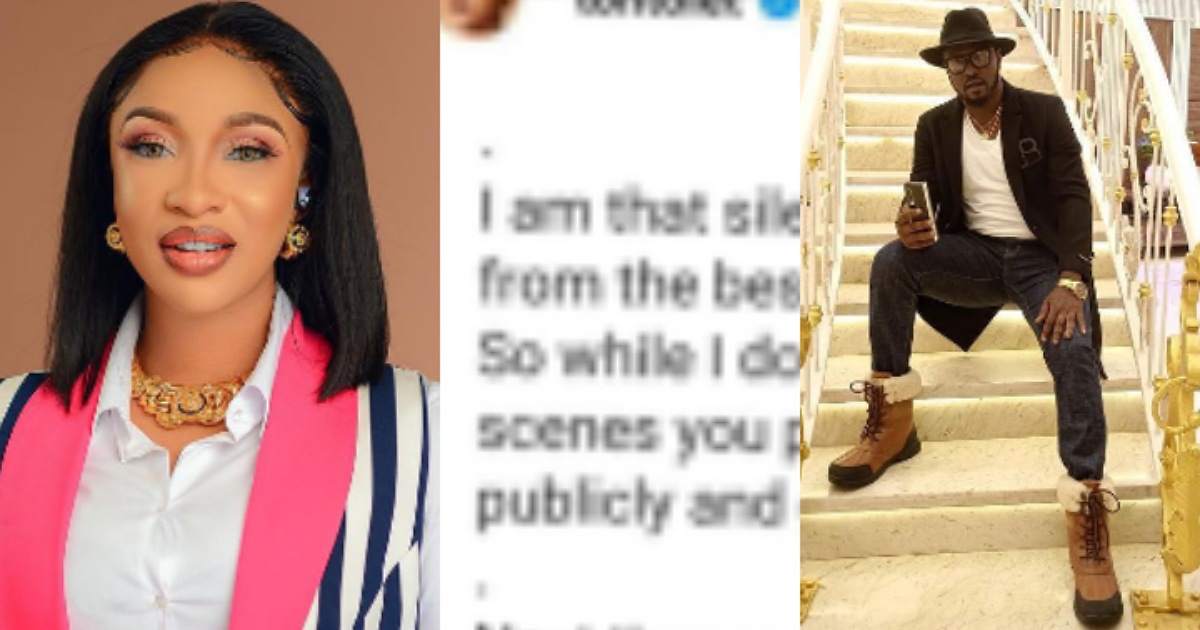 Prince Kpokpogri has shared the message Tonto Dikeh reportedly sent, narrating how she would do her job behind the scenes, while he gets all the hate.

In a screenshot allegedly from Tonto, which he shared via Instagram, the message reads;

“I am that silent killer. I learnt from the best. So while I do mine behind the scenes you people will rant publicly and get all the hate.

The Johnson’s star, Susan Pwajok shares her chat with late…

Next time you all not gonno deal with educated women. Take my ear rings off his daughters ears, pants I bought them, every pin I bought in that house you all put it together.

Most especially tell your Gigolo borrow borrow to put my money together and pay me and every dime I spent on his broke blackmailing ass and his children and household and party. I want every penny back”. 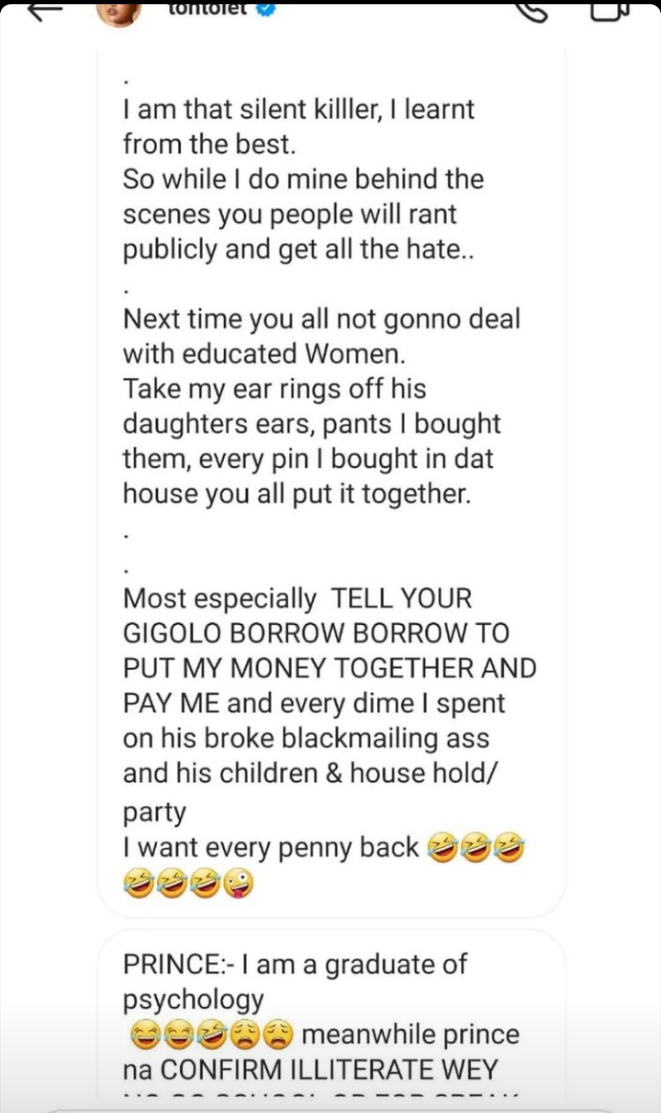