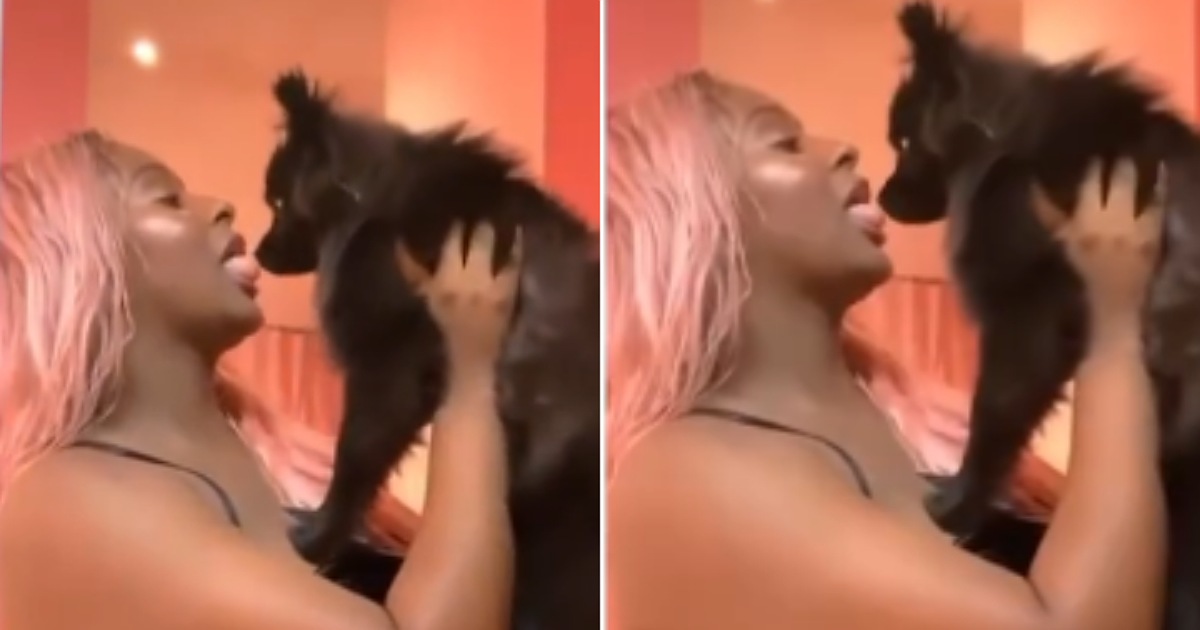 Billionaire daughter, DJ Cuppy has been dragged mercilessly after she shared video of herself tongue kissing one of her dogs.

The singer who earlier bought two dogs named Fufu and Dundun, was spotted in a viral video bringing out her tongue to kiss one of the dogs.

In the video, Cuppy noted that she has been a bad mother to her kids (dogs) and she had to compensate one of them by kissing.

DJ Cuppy celebrates mother with adorable photos as she marks…

Months ago, the billionaire daughter attributed her good life to her father, Femi Otedola.

“I don’t talk about this much, but mornings like this; waking up at our penthouse in Monaco, my heart is filled with so much gratitude. I am honoured and blessed to have a father as hardworking as mine.

Despite building my own “Cuppy” empire, the truth is that many of the privileges I enjoy are purely due to being Femi Otedola’s blood, sweat, and tears over the years,” she tweeted.

Omah Lay’s girlfriend’s alleged side man, breaks silence on his relationship with her