Tega excitedly shows off dance moves for Boma after he f!ngered her (Video) 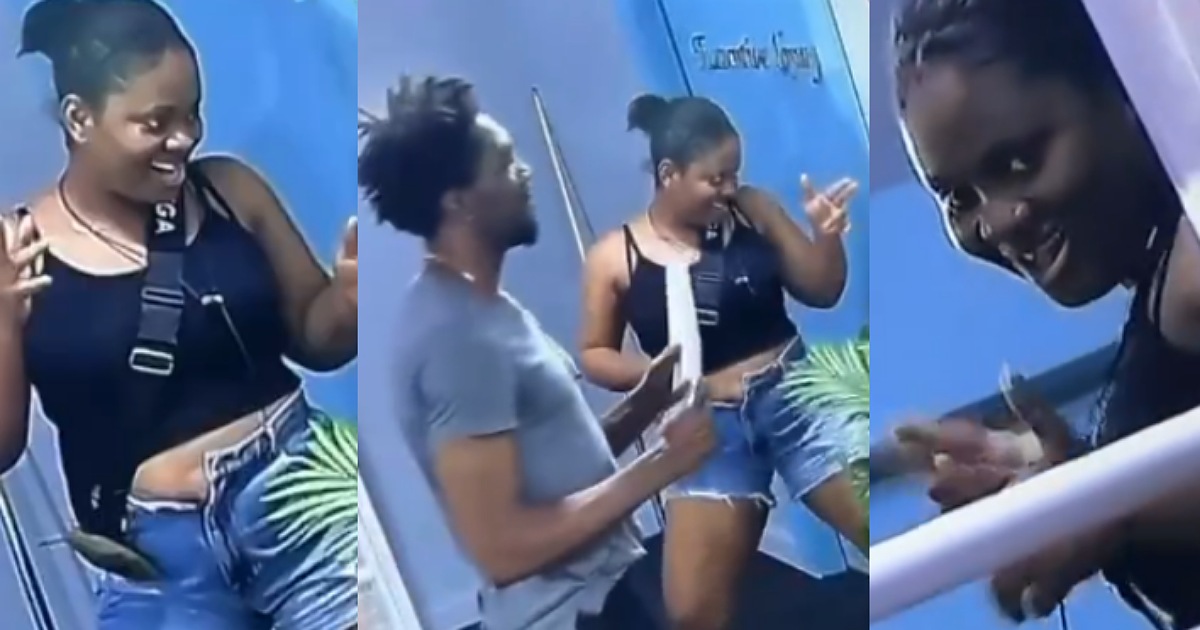 Nigerians have dragged married Big Brother Naija housemate, Tega after she was spotted dancing following her sexual experience with Boma.

In a viral video, the housemate was seen passionately kissing fellow housemate, Boma who made for her veejay and f!ngered her.

The video sparked outrage from Nigerians on social media who believe Tega is already doing so much for someone who is married with a son.

This is not the first time she is making out with Boma as she has constantly been in the news since the beginning of the show over her sexual escapades with the housemate.

In a video, Tega was seen dancing and sticking out her tongue after Boma f!ngered her and made out with her at the lounge.