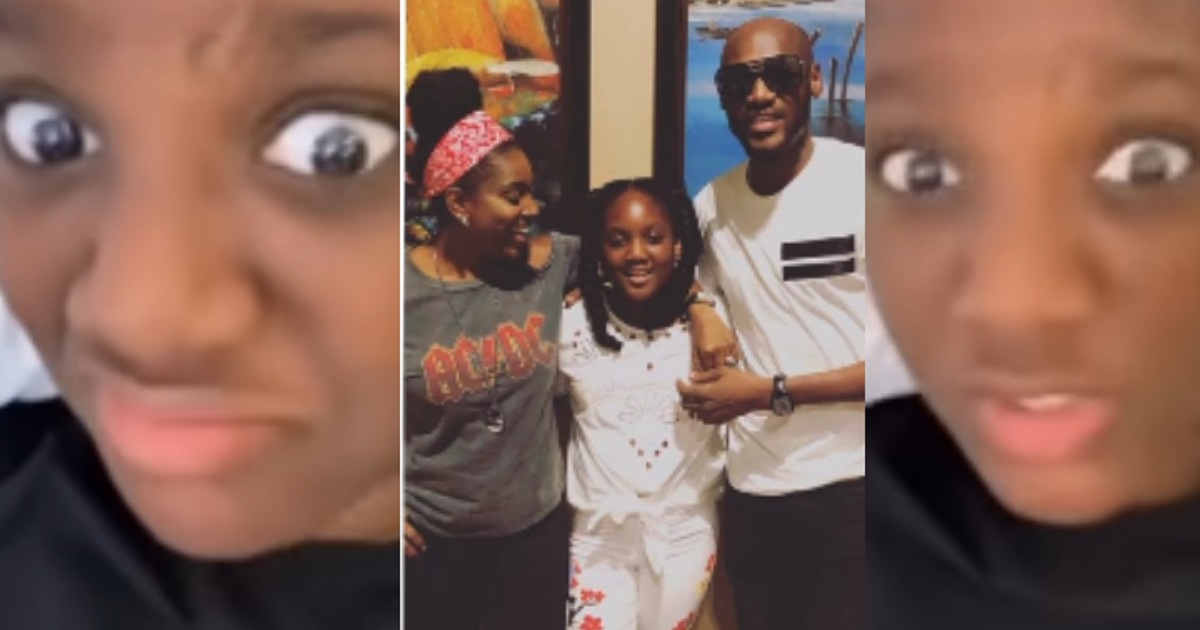 Tuface and Annie Idibia’s young daughter, Isabelle Idibia has replied a troll who tried to bodyshame her on social media.

The troll took to tiktok to bodyshame the young lady for adding too much weight, but apparently, the troll missed the correct spelling of ‘weight’.

“Like she gained weyt or sum”, the troll wrote.

“Daddy you look so fresh, are you a vampire?”…

Reacting to this, Isabelle mocked the troll saying the troll doesn’t even know how to spell, yet he wants to bodyshame someone.

“Are you going to bodyshame me when you can’t even spell”, Isabelle fired back.

This is coming days after her parents, Tuface and Annie went viral on social media for reportedly facing a crisis in their marriage.

It was also alleged that Tuface Idibia eloped to America following the scandal facing his marriage to Annie.

Cubana Chiefpriest reacts after Boma dragged him for speaking about his affair with married housemate, Tega