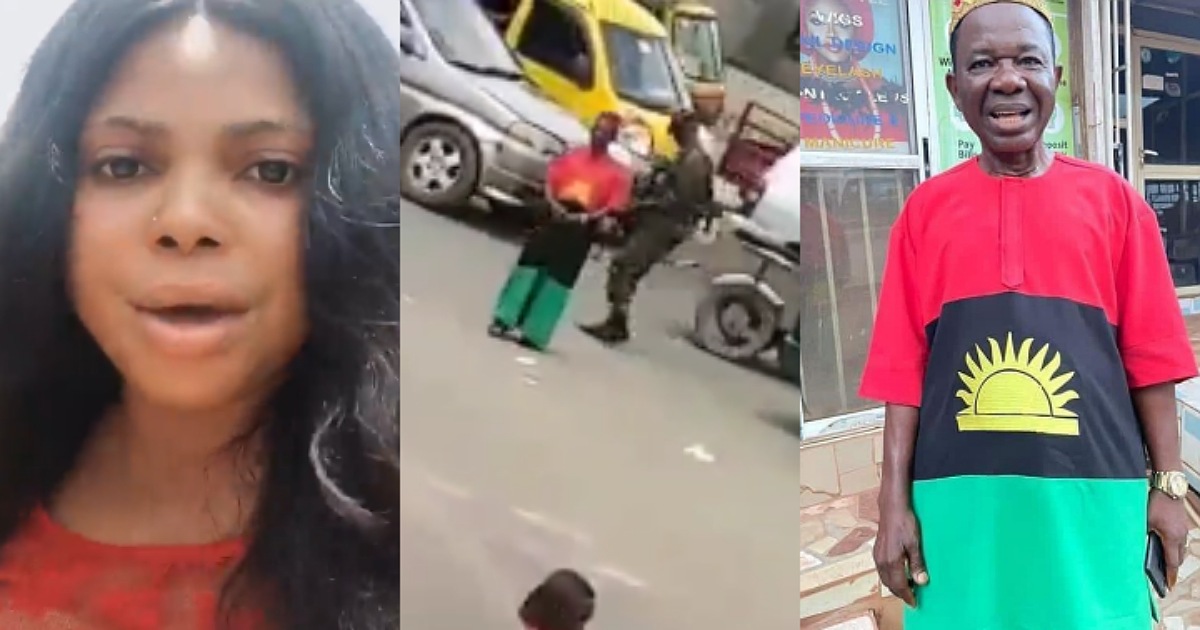 Nollywood actress, Evan Okoro, has expressed her view about the manhandling on veteran actor, Chinwetalu Agu, by Nigerian soldiers for wearing an outfit emblazoned with the Biafran flag.

Recall that yesterday, men of the Nigerian Army accosted the veteran actor at Upper Iweka axis in Anambra state, as he was spotted in his car adorning an outfit proscribed by the Federal Republic of Nigeria.

This development became public knowledge as the incident was captured in a viral video that filtered into the media space.

Reacting to the video, the actress blew hot as she berated the brutal treatment meted on the Nollywood icon.

Evan noted that it was totally unacceptable to see an old man brutalised by Nigerian soldiers.

“Nooo💔💔💔💔 this is totally unacceptable, what kind of embarrassment is this, @chiefchiwetaluagu no naa😭😭😭😭😭 he is an old man for goodness sake😭😭😭😭”