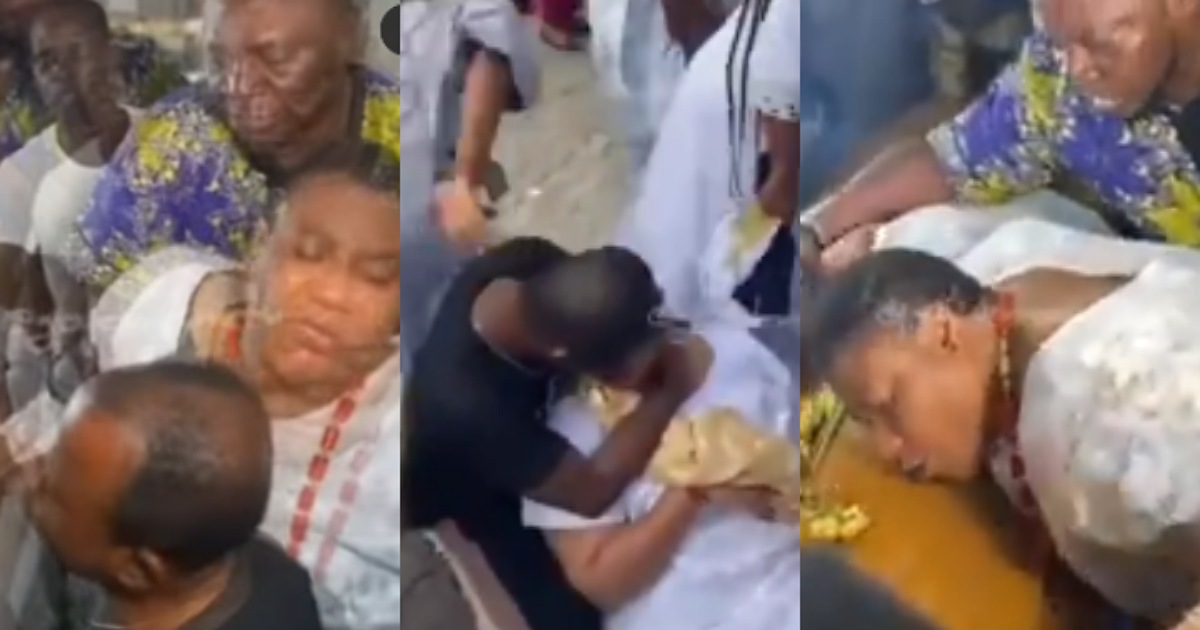 Earlier, a video which made the rounds on social media, showed the traumatized actress, calling out to her mum, asking her to come back.

The caption of the video read, “This weekend we lay you to eternal Rest mummy…Hard to digest but it’s a reality I have to learn to live with for the rest of my life, Can you see how useless and lazy I have been since you left.

“My mother couldn’t wait to see our house”…

“I lived for you mummy but you decided to end it this way…Who am I to complain? Rather than be strong even though it’s the hardest thing for me right now.”

However, in a video currently making the rounds, family and friends were seen trying to wake the actress up after she slumped and passed out at the ongoing burial in Ojodu Berger, Lagos.

Tonto Dikeh had announced the sad news via her Instagram page, as she prayed for God to grant Nkechi the strength to bear the loss of her beloved mother.

“My darling so sorry for your loss. She is in a better place now. I pray for Gods strength, Love and wisdom in this trying times.. It’s well my love @nkechiblessingsunday
Hugs and kisses darling.. #RIPMAMANKECHI”