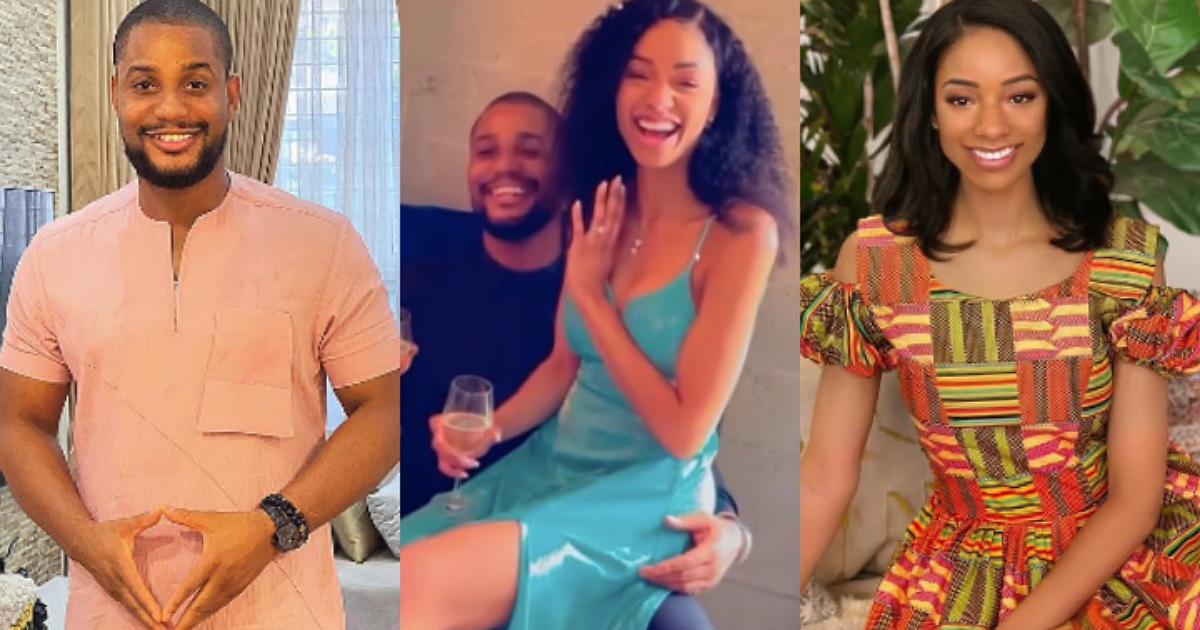 Months after Fancy Acholonu called off her relationship with Alex Ekubo, a new report has surfaced, alleging that the reason Fancy called off her wedding was because of threat messages she received from the latter’s secret lover.

The report which made the rounds on Instagram was brought to the fore by CutieJulz who wrote: “So y’all know Alex and fancy dated for sometime before meeting in person. So when Alex finally confirmed their dating etc, this particular lady started sending Fancy messages of how she is involved with Alex bla bla bla.

First video of Alex Ekubo after his fiancee cancelled their…

“Sending her threatening messages at time o. Fancy kept asking Alex and he denied all knowledge of it. So after the Oba Obi Cubana thing, Alex somehow somehow got into a mess.”

The report added: “So that was how Fancy blocked Alex everywhere. Phone, social media etc. Cuz to her, the same lady you’ve denied having anything to do with is sending current videos of she in your house. In the middle of the night.

“Oga Alex beg tey, even begged through people he thought Fancy will normally listen to. Fancy stood her grounds and said no.

“Hmm Oga Alex was far gone with preparations o. There is even this popular drink people that Oga Alex had deposited about N8mil with for deposit to supply drinks. [You can confirm from Alex if you doubt].

“Hmm all preparations etc just went down the drain cuz Fancy got a yankee girl mind. No is no. Nothing like, “it won’t happen again. Give me another chance” when there is proof that you lied.

“Hmmm so people that’s how we lost this beautiful union that we were all looking forward to.”