Angel, Liquorose, Dorathy Bachor and other housemates react to nude video of Cross 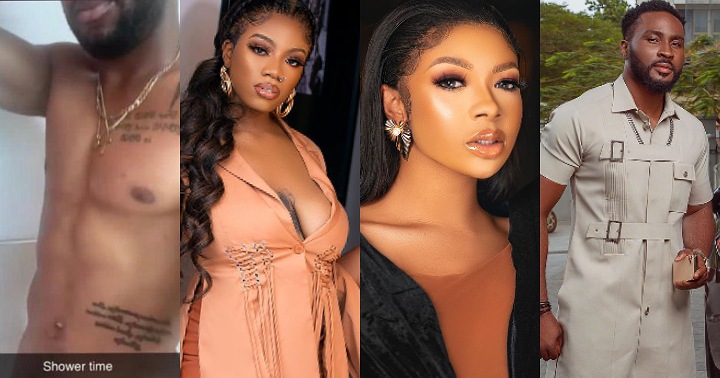 Recall, hours ago, a video of Cross in the shower which was mistakenly posted by the reality star, went viral.

The viral video which was leaked online by Cross himself via his Snapchat handle, was subsequently taken down after some minutes.

The video showed Cross fully unclad in the shower and it sparked reactions and caused uproar on different social media platforms.

Reacting to this, BBNaija stars such as Pere, Maria and others, trooped to Cross’ IG page to react to the incident.

Maria wrote;
“Cross please what did they say happened today? We can’t both be canting! I take God beg you”.

Angel wrote;
“Hope wherever you went today, it’s only you they gave food”.