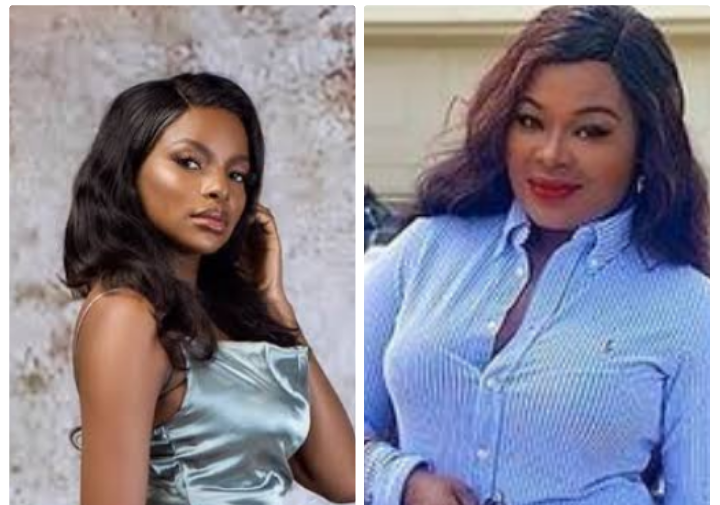 Actress Ani Amatosero has slammed reality tv star, Wathoni for saying women use their bodies to get movie roles in the film industry.

Recall that the ex-Big Brother Naija season 6, housemate,  claimed that the only asset women have in the film industry is their body.

Why I stopped getting movie roles – Actress Nse…

During a question and answering section on her social media page, a fan had asked her why she has not considered acting. The reality TV star lamented that a woman’s body is what helps her in the movie industry.

“I have and so many times even…But in this part of the world your body is what helps you in that industry, unfortunately”, Wathoni said.

However, this didn’t go down well with a Nollywood actress, Ani Amatosero as she called out Wathoni for her insinuation. Ani accused Wathoni of blackmailing the movie industry and discouraging upcoming actresses.

She asked Wathoni if it was her body she used in getting her recent movie role. Ani also shaded Wathoni for being unable to recall her lines on set

“(If u like block me I will put our full names since I can’t tag you). e be like say you dey mad. You dey ment?. I can’t believe some actors have not replied to her. I just read your post now. I don’t understand you. The movie you came to Asaba to shoot. At least I met you at my film house, who slept with you on that set B4 you got the role?. You dey wine me ni? And see the kind of picture you post on your wall. What is the difference between your post and the picture you have in your head about actors? What impression are you giving to new actresses? or women who want this as a career? You that could not carry lines, na big brother dem dey do for Nollywood? Who be dis sef?. Una goes just open mouth waaaaa. If you reply to me I sure say I fit beat you, me and you no Kuku tall sef”.