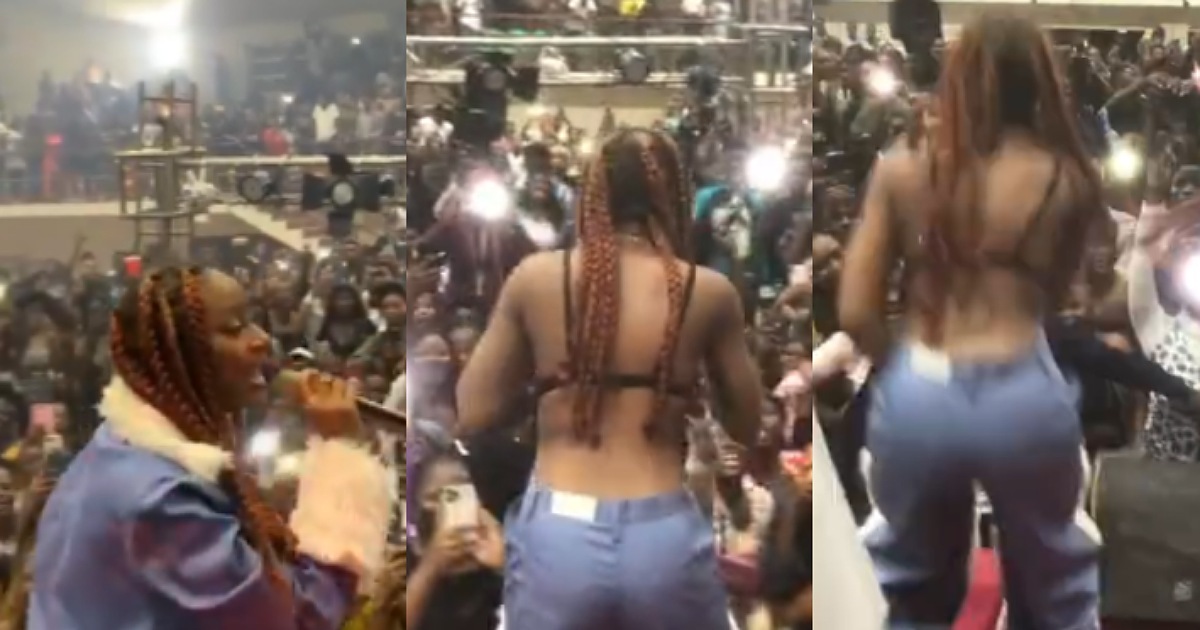 Singer, Ayra Starr has been spotted in a video making the rounds without her shirt on while performing at University of Benin (UNIBEN).

The MAVIN artiste, who stormed the campus of UNIBEN, thrilled the students with her melodious tracks, particularly her fan’s favourite: Bloody Samaritan.

During her performance, the atmosphere was electrifying as students were seen screaming and singing to the high-heaven.

On account of this, Arya got caught in the moment, as she took off her jacket and threw it into the crowd, hence showing off her black bra.

Immediately she threw her jacket, the students were seen stretching out their hands and struggling to catch the jacket.

Shortly after she left the premises, a fan cried out on her page saying he was punched in the face when he tried to catch her jacket.