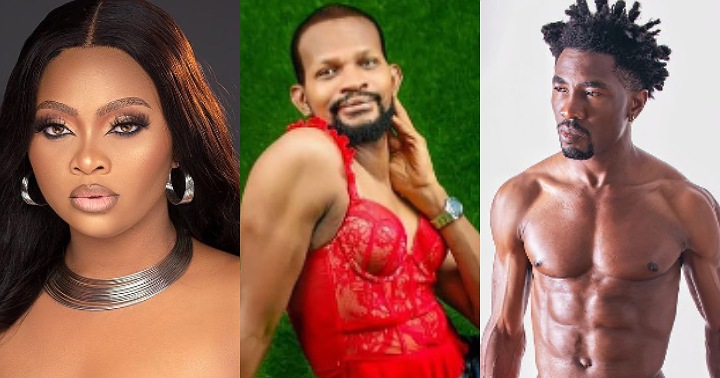 Boma had in an interview with Chude Jideonwo revealed that he has done worse things with people’s wives and girlfriends, noting that what happened with him and Tega on the show cannot be compared to his romantic relationship with the mother-of-one.

His words: “I’ve been on set and I’ve done the same actions or even worse than that. Not sex because I didn’t have sex with Tega, but I’ve kissed, I’ve romanced people, I’ve played romantic scenes with people’s wives and people’s girlfriends or whoever they were. I’m not the casting director. I didn’t choose who to be my partner.

“Bro I won’t lie to you it was a show. That’s someone that asked me when I left the show without me even knowing what was going on, we are all going back to our families. I’m going back to my girl. Oh yes, I have a girlfriend and nobody still knows, how private can one be.”

Reacting to this, the movie star lashed out at Boma, stating that he should accept his mistakes.

Uche stated that what the self-acclaimed “Okro Gang President” did on a movie set is at variance with the intimate affairs he had with another man’s wife on the show.

Upon getting a wind of this, Tega threatened Uche Maduagwu with a slap.

She wrote: “You go soon chop another slap”