Charly Boy’s lesbian daughter, Dewy reveals how she and her partner plan to have kids 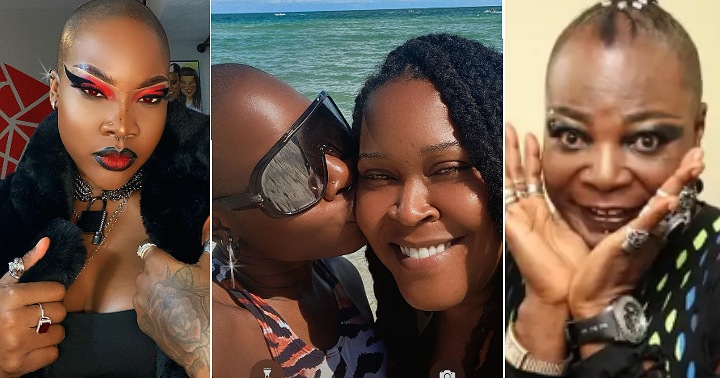 Charly Boy’s lesbian daughter, Dewy Oputa has revealed how she and her lesbian partner plan on having children.

According to Dewy Oputa, she and her partner have gone through long talks about the situation and how they plan to get kids when the time comes.

Dewy stated that they plan on fostering or adopting kids in the future after they get married.

She also admitted that she is indifferent about birthing a child for now, and she feels she would rather go for adoption.

Speaking on when they are going to tie the knot, Dewy stated that they have no plans yet, but she’s sure that she’s already with the right partner.

According to her, they have been staying together for some time now, and the only thing missing out is the ring.