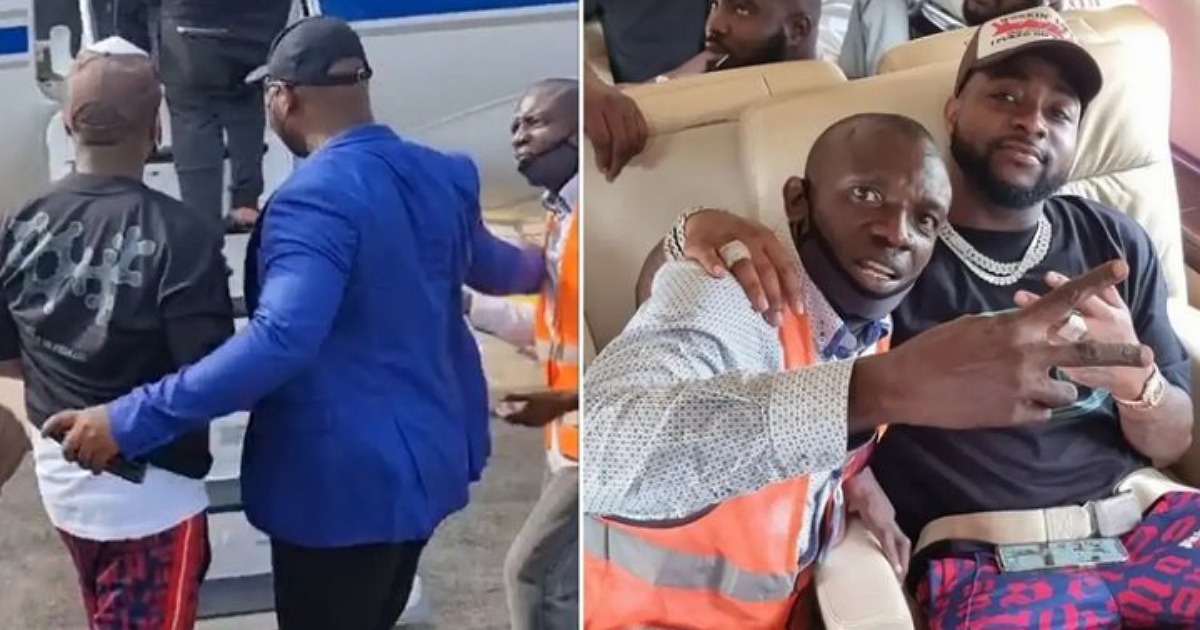 Award winning singer, Davido has received praises from fans after taking a photo with an airport staff.

The airport staff was earlier embarrassed by Davido’s bodyguard who pushed him away when he tried to take a photo with Davido.

In the viral video, the airport staff was seen moving towards Davido and trying to take a photo when Davido’s bodyguard pushed him away as Davido climbed up the airplane.

However, in a recent update, it has been revealed that Davido later called back the airport staff and invited him into the plane to take the photo which he wanted to take.

Davido’s kind gesture has earned him praises from Nigerians and fans on social media who applauded him for the good act.