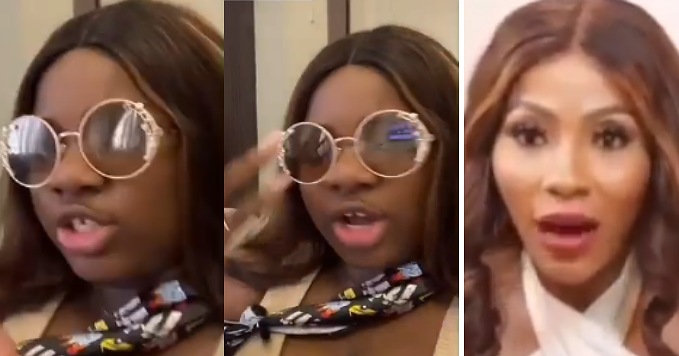 Recall, days ago, Mercy Eke launched her new show and during the first episode, fans were unable to grasp her words in the video.

The BBNaija S4 winner spoke in a very hilarious accent, and the video went viral as fans bashed Mercy Eke for forming accent, with an “igbotic” voice.

In the video, Mercy was narrating an experience that had something to do with Afang soup and peppersoup to her viewers.

In a new video which Dorathy Bachor shared on her Instagram page some minutes agi,, she was spotted mimicking Mercy Eke and her hilarious accent.

If she was your sister, will you call her a queen? – BBNaija’s Tochi slams those calling Tiwa Savage a queen