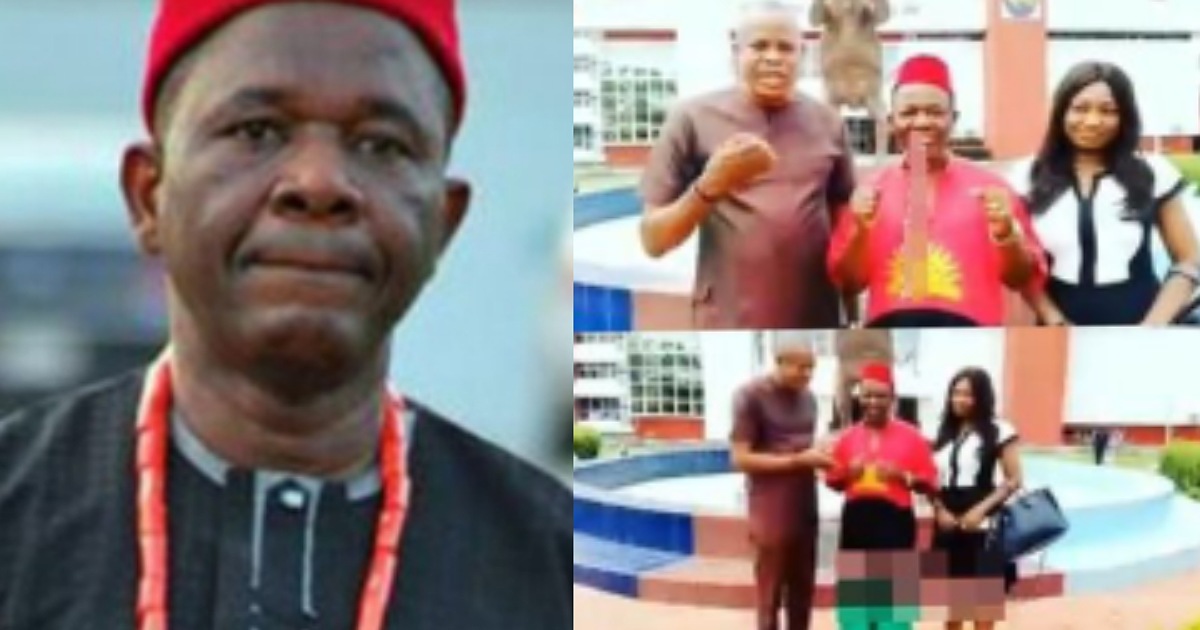 Finally, Chiwetalu Agu, a veteran Nollywood actor, has regained his freedom after he was arrested by the Nigerian Army for wearing a regalia emblazoned with the Biafra flag.

We recall that the actor was said to have been manhandled and arrested yesterday at Upper Iweka axis of Anambra State.

The Nigerian Army confirmed his arrest through the Director of Army public relations, Brigadier General Onyema Nwachukwu, who noted that the veteran Nigerian actor was arrested for allegedly inciting the public and soliciting support for the indigenous peoples of Biafra, IPOB, in Onitsha, Anambra state.

However, the new development is that Chiwetalu Agu is now a free man, as necessary actions have been taken to order his release.

A short video clip making the rounds on social media affirmed this, as Chiwetalu Agu was seen in the company of some individuals who came to his rescue.

These individuals, whose names could not be ascertained at the time of writing this report, assured the public that he is fine health wise and that lingering issues have been settled.