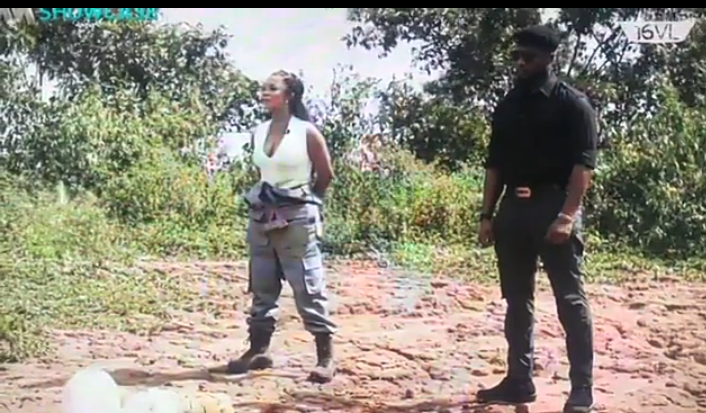 The 12th edition of the jungle search kicked start with 18 contestants competing for the grand prize of #50 million.

The contestants made their way into the jungle today, 24th of October, 2021 in search of the hidden treasure.

“If no one will, I will give myself a pat on the…

Emmanuel reveals he is truly in love with Liquorose

This was after the show host, OAP Toke Makinwa, and the taskmaster, actor Kunle Remi  briefed the contestants on the do’s and don’t’s of the search.

The Gulder Ultimate Search commenced with auditioning of prospective contestants and afters which 18 contestants were selected to compete for the grand prize.

The 18 contestants are 14 men and 4 women. These 18 contestants have now made their way into the jungle today after being briefed by the show host, Toke Makinwa, and taskmaster, Kunle Remi.

The contestants were officially welcomed by the show host. Toke Makinwa in her welcome address stated that about 20,000 people auditioned for the show but only 18 of them were selected to begin the search.

She congratulated and asked the contestants to introduce themselves. She thereafter asked the wildcards among them to identify themselves, which they did. 2 wildcards were identified.

BB Naija:Cubana Chief Priest Calls Out Maria For Snatching Her Sister’s Husband, And Threatening Her