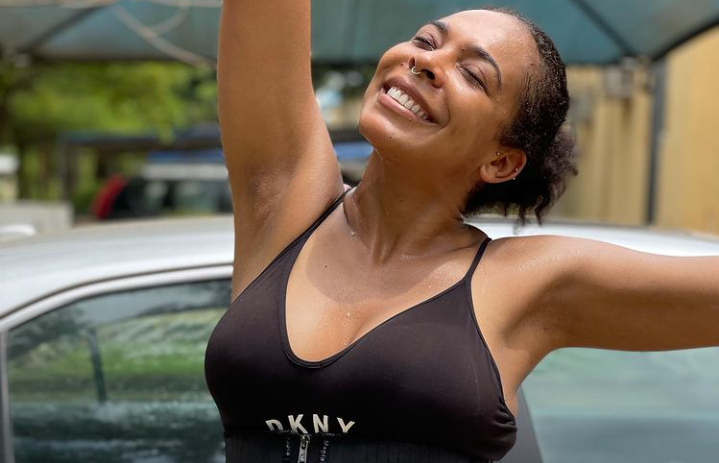 According to her she would be lying if she ever say she love her new body. The reality tv star who wished to have her old body back, said she was sexy and had a banging body before motherhood.

She also said that she wished she has taken a lot of nude photos.

“Damnnnn I was Sexy. My Body was Banging. I just wish I had taken more photos naked”.

She also made it known that since she finds it hard to diet thus she visits the gym regularly. She also shared pictures of herself in the gym working out.