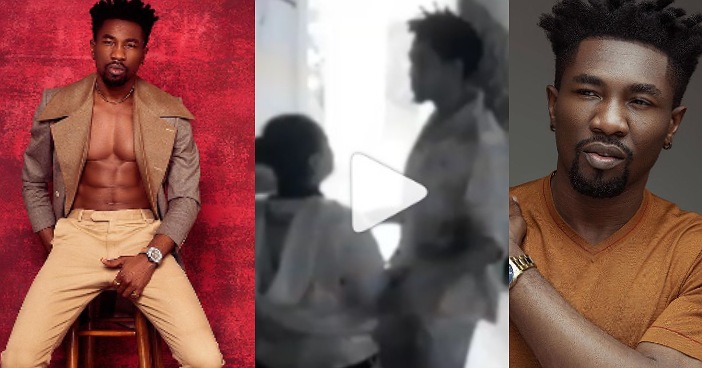 Former housemate of Big Brother Naija, season 6, Boma has expressed that he has been in a romantic relationship while on set.

He made this known in a recent interview with Chude Jideonwo on his show known as: #WithChude.

Boma stated that he has kissed and caressed married women and ladies in a serious relationship to play the role given to him by the film director.

This response came while he was fielding questions about his intimate affairs with a married housemate in Biggie’s house.

“I have been on set, I have done the same actions maybe even worse… I have played romantic scenes with people’s wives and people’s girlfriends…”

Boma had stirred the hornets’nest on social media when a viral video showed he locked lips with Tega, an ex-housemate and a married woman, while in bed.

He also kissed the mother-of-one in front of the housemates and at the executive lounge where he spanked her.

This left fans raged as they felt it was outrageous for a mother-of-one to have an intimate affair with a man who isn’t her husband and for a man, who knows that marriage is sacred, to have a romantic relationship with another man’s wife.