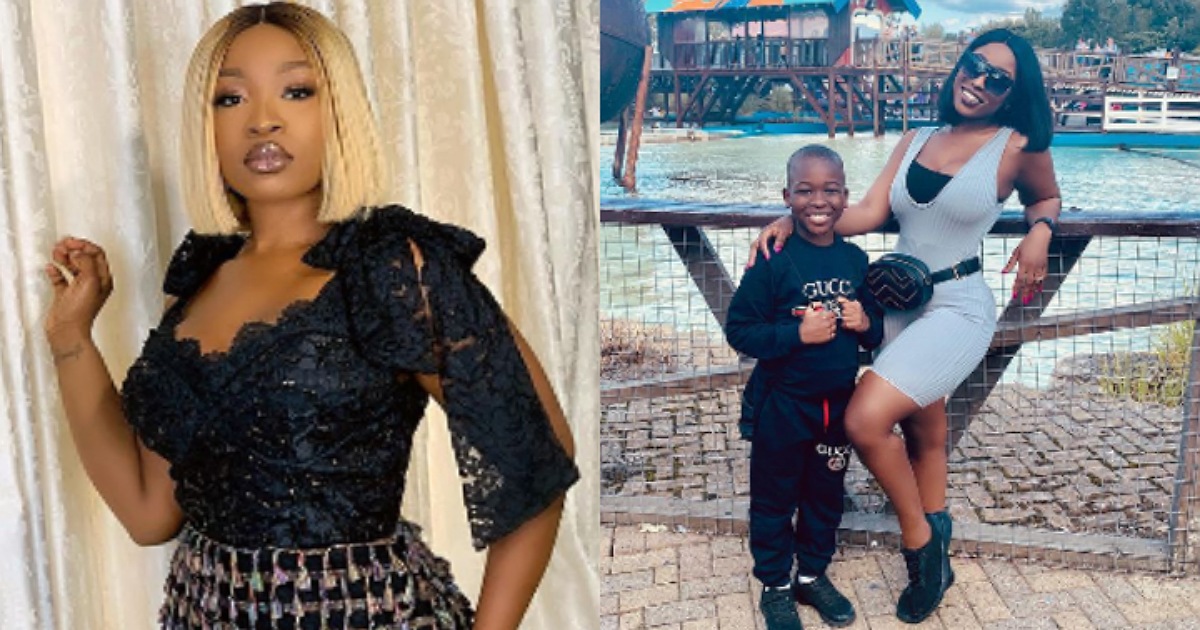 The alleged baby daddy of former Big Brother Naija, ‘Shine Ya Eye’ housemate, Jackie B, has surfaced on social media.

Reports gathered that her baby daddy was revealed after the duo were spotted together in a club. 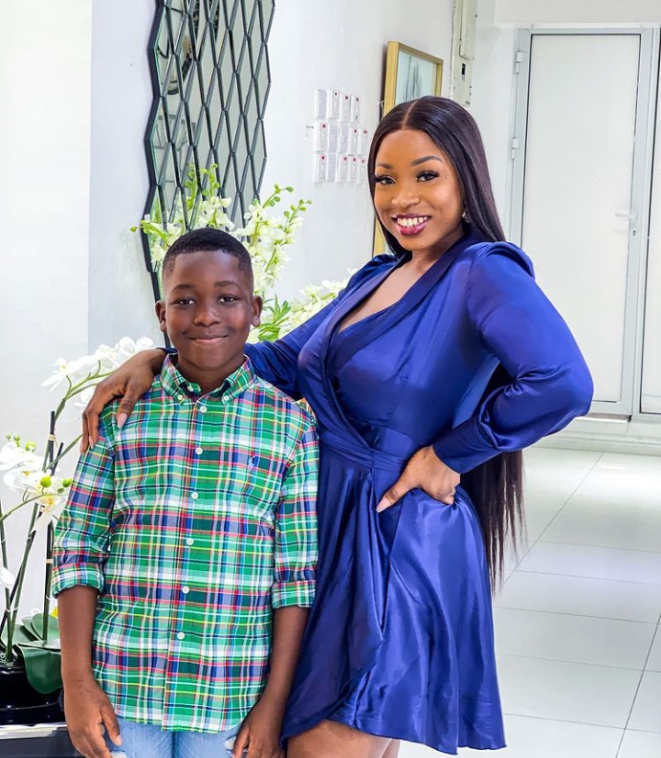 Recall, while in Big Brother’s house, Jackie B disclosed why she did not marry the father of her son.

According to her, she was in a relationship with the father of her son for seven years but could not marry him because they were not compatible.

Jackie B said they tried once, but it did not work out, so she had to end the relationship for her son’s sanity.

A video shared by an Instagram blogger revealed that one Hafeez is the baby daddy of Jackie B and allegedly the boyfriend of Kiki Osinbajo, the daughter of Nigerian vice president.

“Make una come see BBNaija JackieB baby Daddy o! We catch am the club yesterday. His name is Hafeez. The CCTV wey we mount also revealed that he is Kiki Osinbajo’s on and off boyfriend, but wahala too much for that side because Kiki believe say Oga dey always cheat on her. I for talk more but una go soon say my mouth dey smell”. 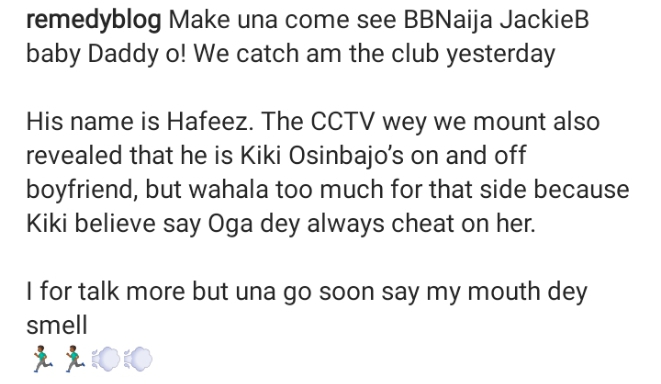